HangaroH Collective, originally formed as The In between Collective, was invited to take part at Rising Up, Flowing Down exhibition at the Viennese Watertower to which we contributed with a number of artistic imputs including Handling Source, Method, Sink Tank and Sleep Pods. These works were made in response to this event therefore unique and in deep relation to the place where they took place, the Watertower and the exhibition Rising Up, Flowing Down. 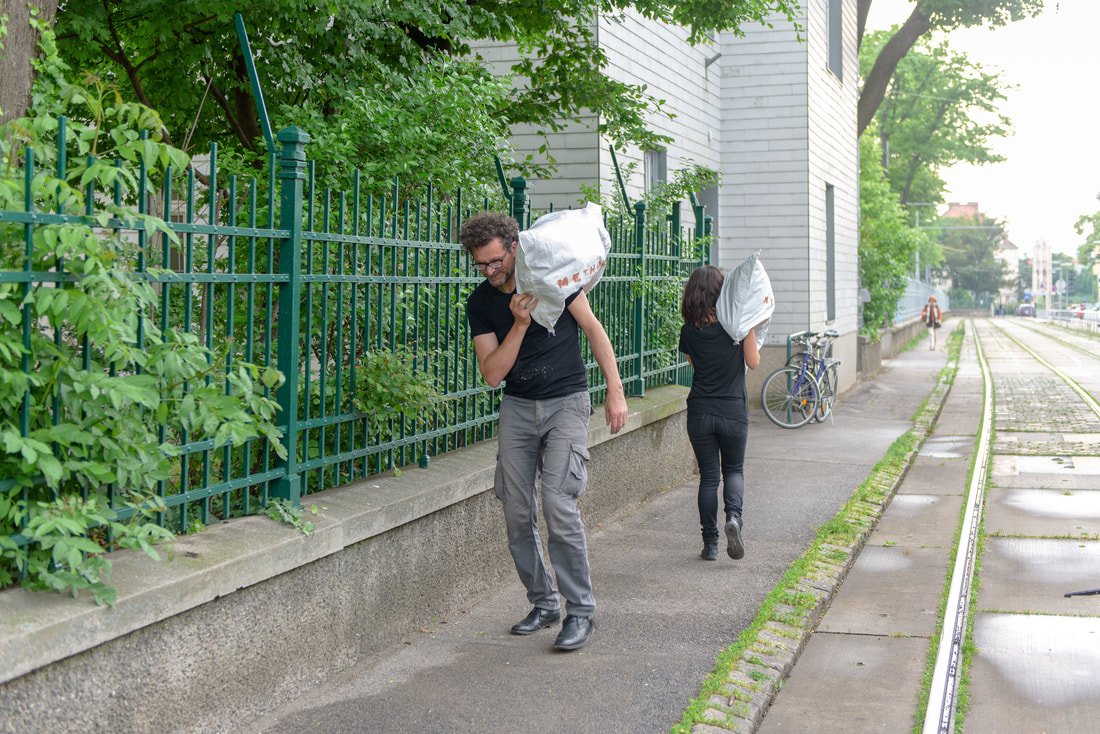 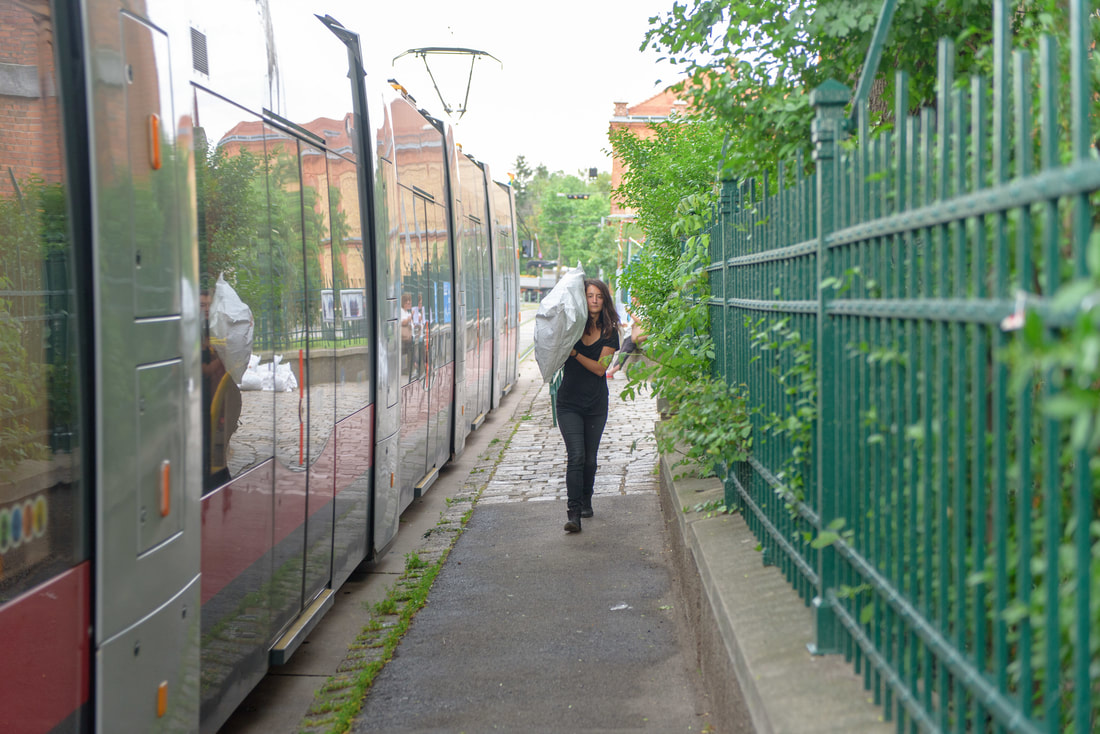 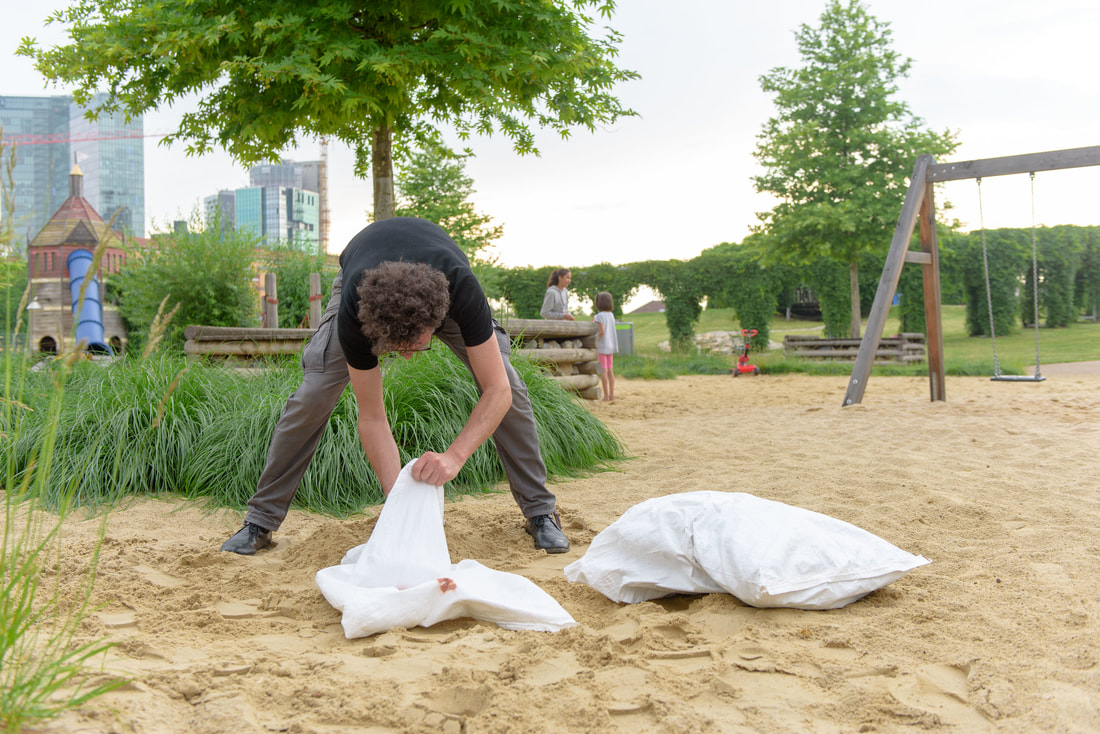 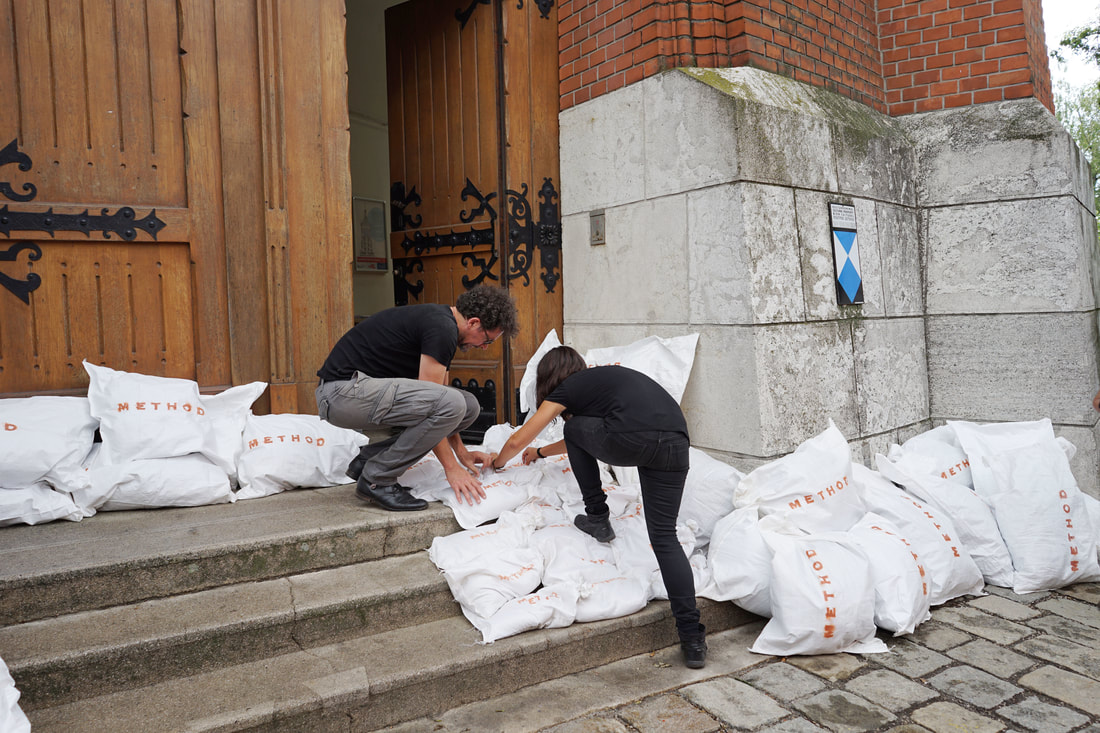 Leaky Tower. Method/ Embrace , performative intervention at the Watertower.
We saw the tower and we saw it leaking. Technology, effort in saving, but its not possible. Circular thinking. Time, repetition, tide.
A reflection on humans against nature. 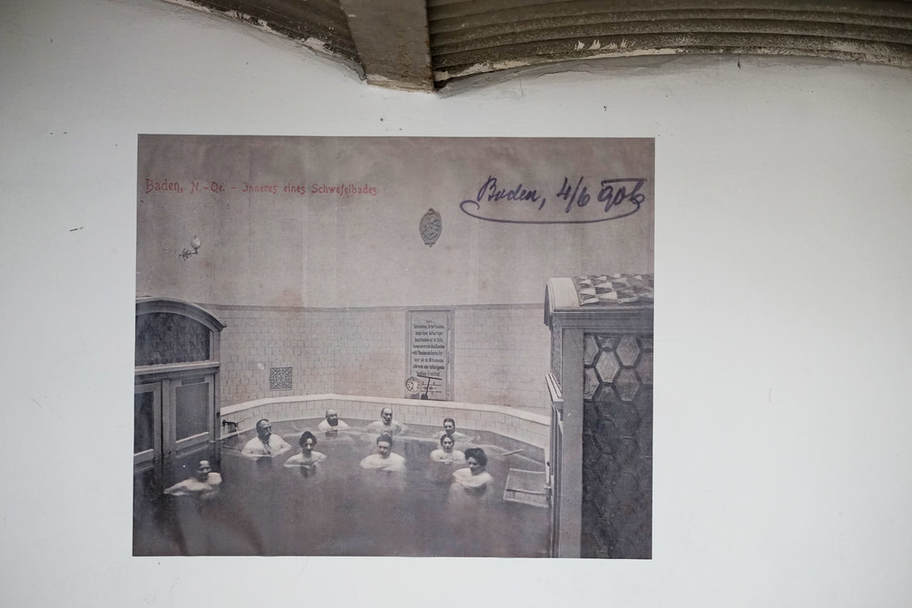 Sink Tank, intervention at the Watertower. Video, sound and photography.
Sink Tank is a site specific intervention, responding to the existing facilites that have appeared with the inception of the tower. The appropiated photograph comes from the beginning of the s.XX century and belongs to the watery journey originated at the springs in the Alps drifting down to this tower.

"The swimming, diving, splashing, jumping, stretching along the benches, spitting in the bath and shower or washing the head. In others words, all kind of disturbance of other bathing people is forbidden“   (Text appearing in the photograph)
Forbidden disturbance 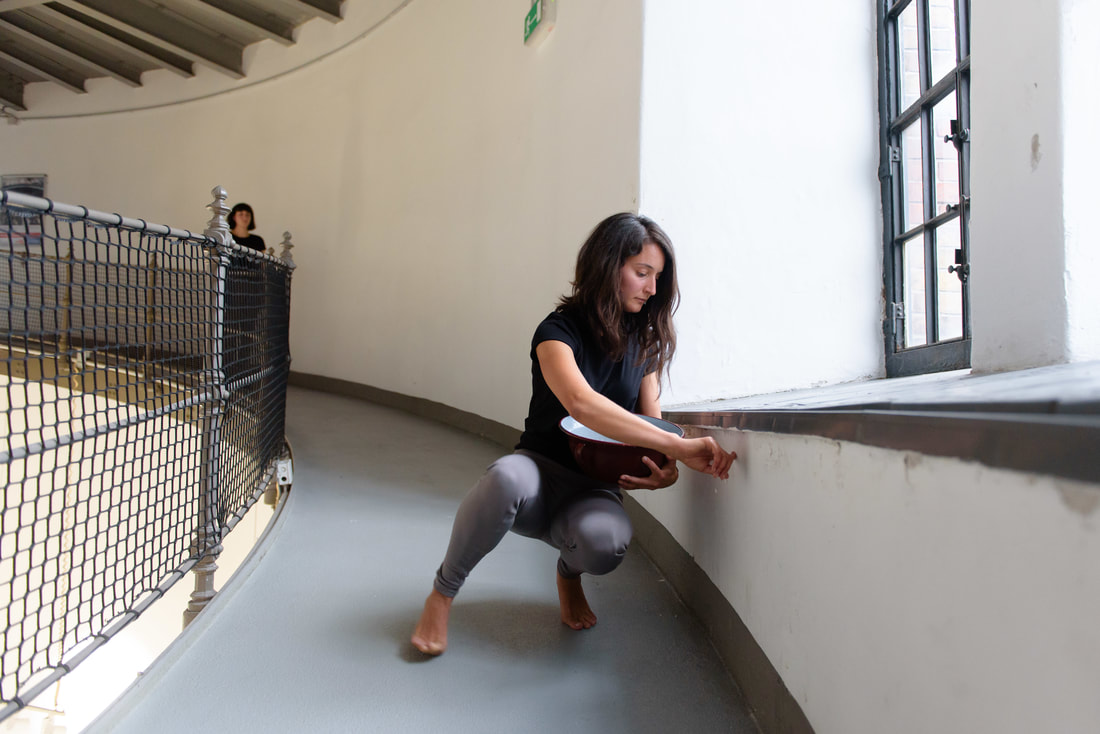 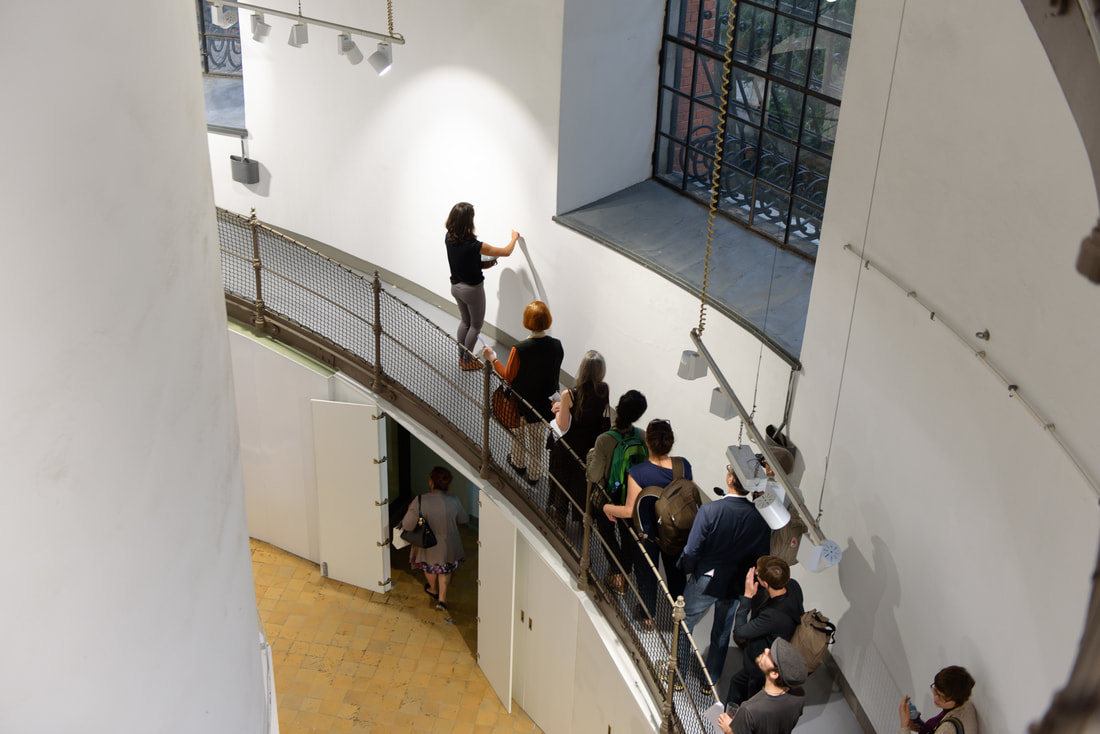 Mapping, hadling the memory of water. The rush, the continuity, the stream, the life force, touching, drawing, gesturing, moving, manipulating, fluidity. Springs bring the water to this territory, their names resonate at the Watertower. Acoustics and the space of this infrastructure translate a watery journey from the deep mounstains to the city.
Video documentation of the performance: HERE 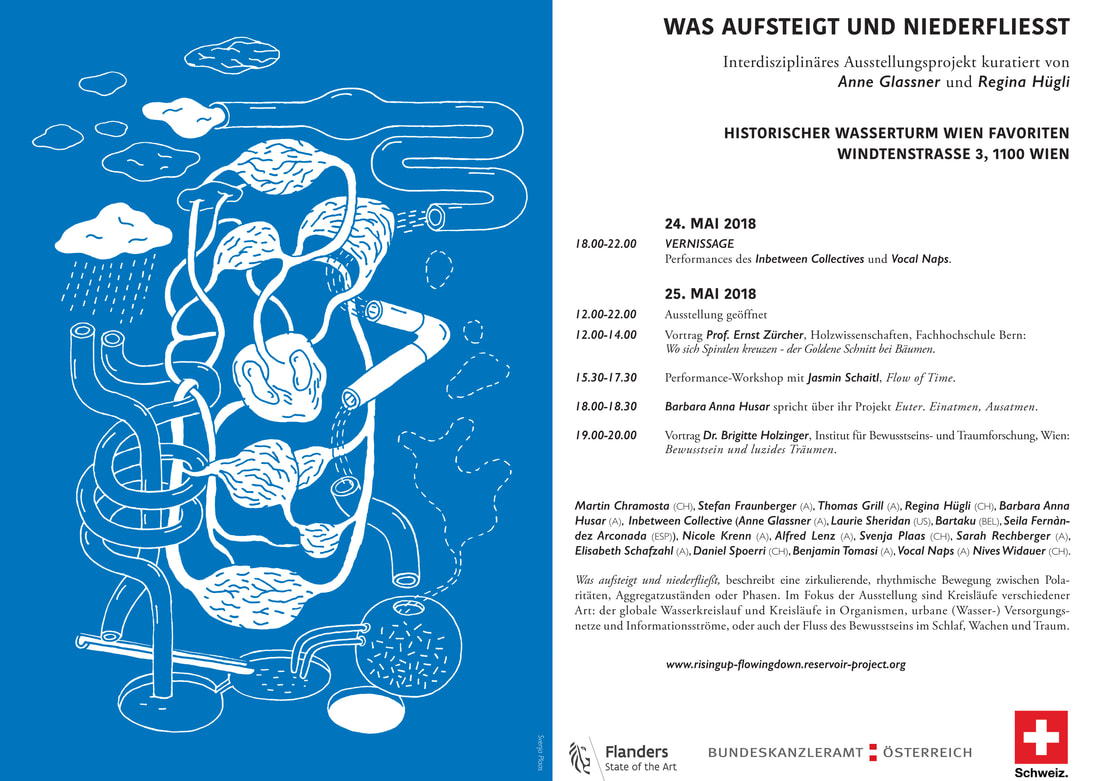 “The title, rising up, flowing down, describes a cyclical, rhythmic movement between two poles like waves of water. Suggesting transformations between different states of matter, this theme allows the event to encompass different topics related to water. For example, these may include the macro hydrological cycle of evaporation and rain around the globe, as well as the micro water circulation within organisms‘ bodies or even breath. Another important aspect is the transition between consciousness and subconscious, sleep and waking states”.
For more information about the exhibition: http://risingup-flowingdown.reservoir-project.org/
Documentary about the project: http://risingup-flowingdown.reservoir-project.org/documentary/ (only in German)