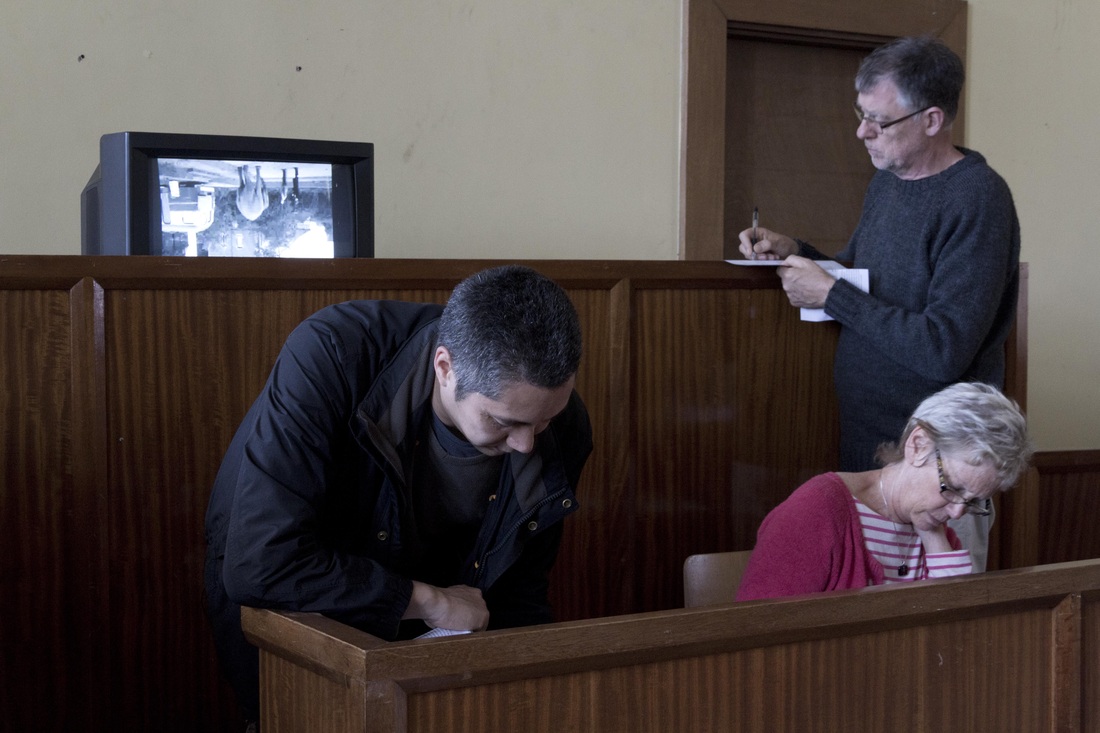 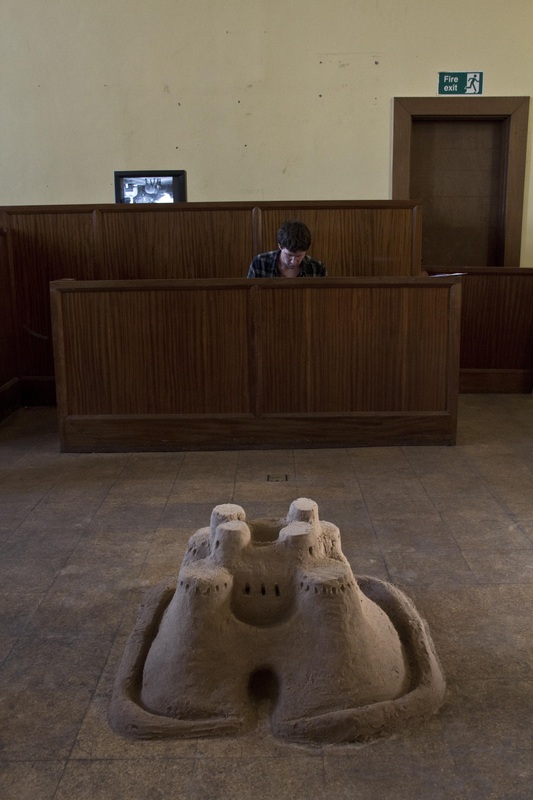 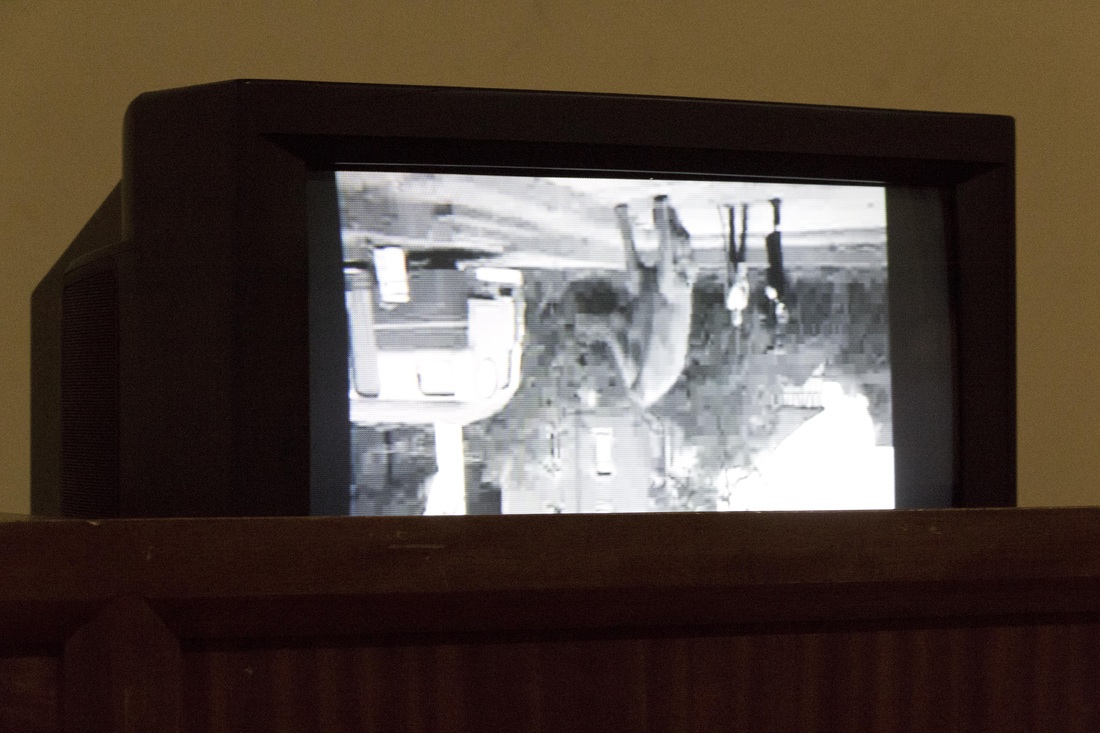 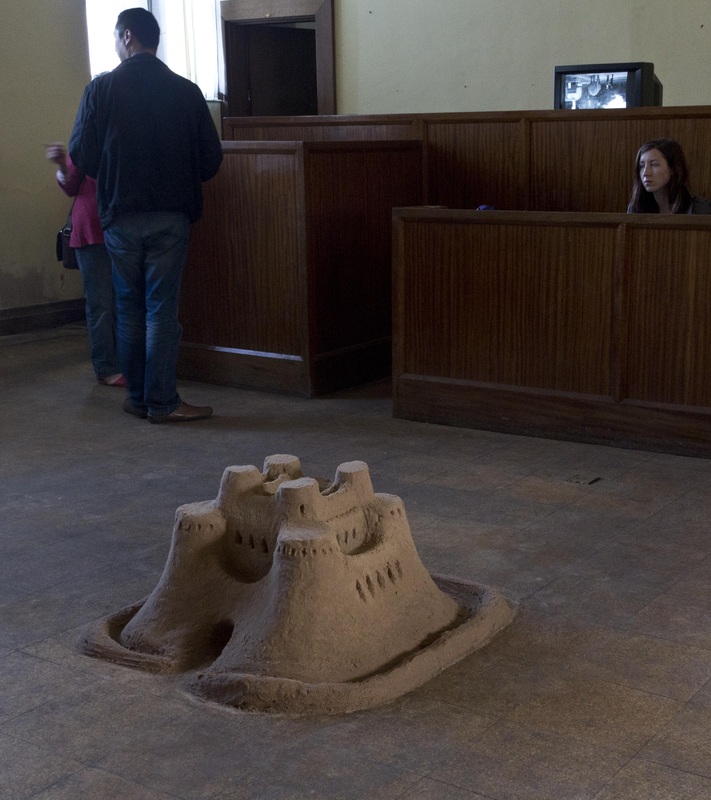 The cathode tube television takes the role of the judge in court. Using a screen to play that role was a clear starting point. At the beginning of the 21st century most world politics are exposed and discussed through screens, and there is a latent need to represent that loss of the public space.

It also echoes the former circus placement before the Court building was built. This archetypal presence is a quiet player, displays information while avoiding taking any action. It displays a short looping clip from Alexander Kluge's 1968 black and white film 'Artists under the big top: perplexed'. The image of the elephant is often linked to memory and also representative of the circus environment.

In a site-specific exhibition night where all the different realities of one place meet together, 'how to use the Court space in the future' would be the key question. The judge won't provide with any judgement: only memory.