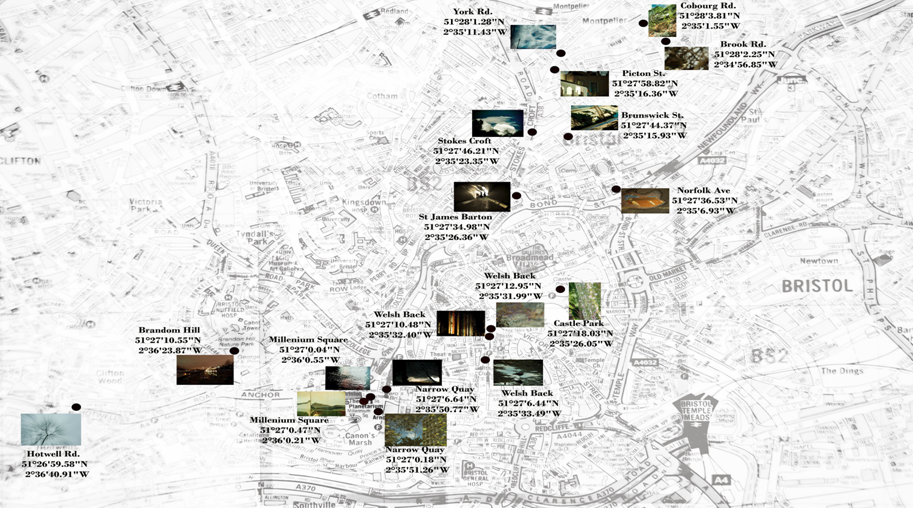 
Hidden pictures (2010) was part of the Bristol Festival of Photography in which a selection of images were displayed on the city. The audience had a map to look for the images.