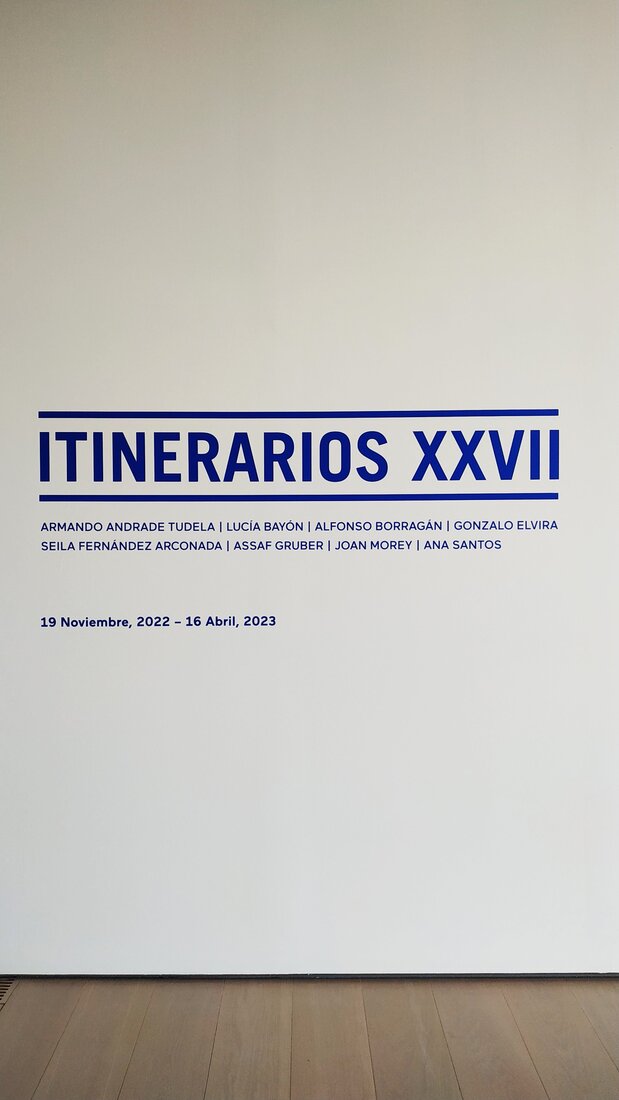 Their projects were selected from a total of 428 applications from 42 different countries by a jury made up of the artists, María Bleda and Carlos Bunga (previous beneficiaries of the grants), and the curators, Orlando Britto and María Inés Rodríguez.

The exhibition culminates the course of this grant, reflecting the extent of artistic interests and practices.   Each project on display must be understood as a work in itself, as a unique invitation to get involved in the languages and networks that the artists have been building over the past two years. They are joined by the context in which we live, permeable to the current economic, ecological and social crises, whilst committed to the creation of new alliances and representation strategies to come up with other potential formats. 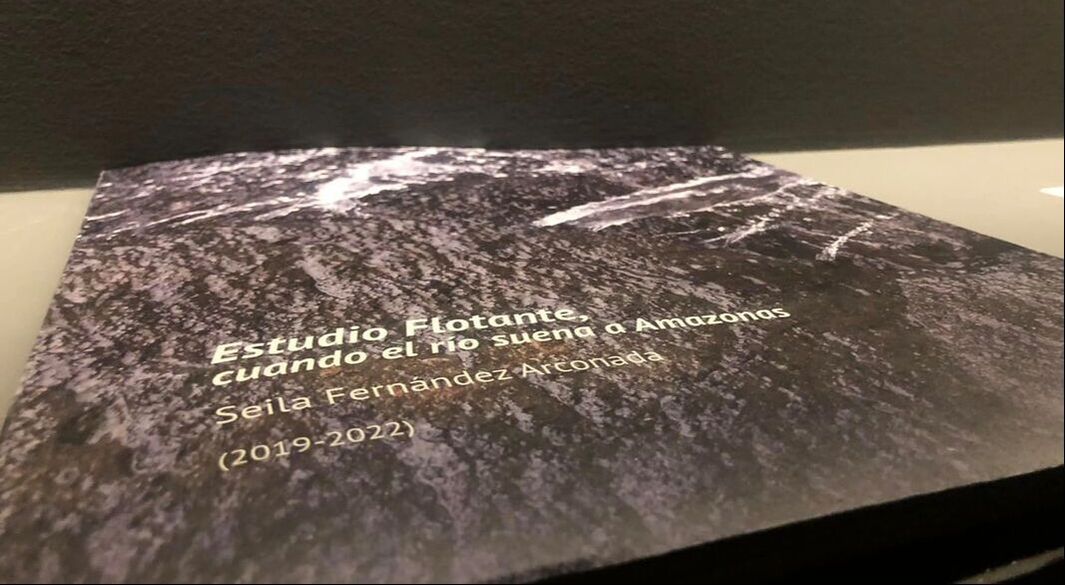 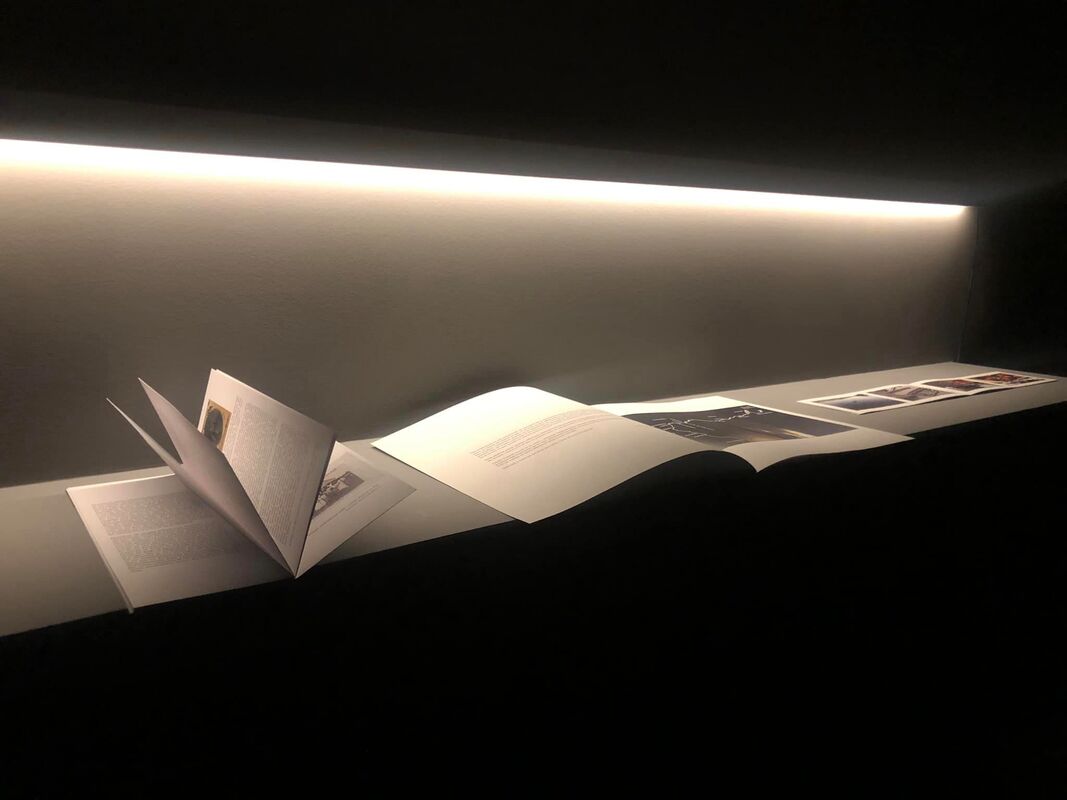 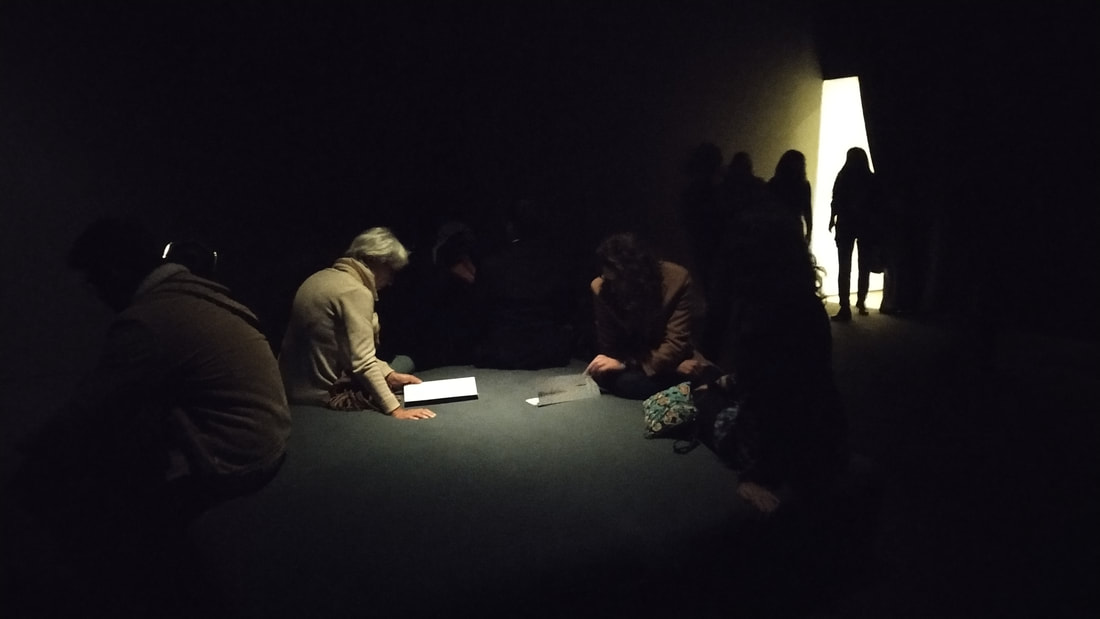 ​Floating Studio, When the River Sounds Like the Amazon River (2019–2022) is an artistic project inspired by the relationship between human beings and water, in the most important freshwater reserve on the planet: the Amazon River. This project suggests a ‘collective artistic expedition’ as artistic method framed within the itinerary of the river’s course, from its origin in Nevado Mismi (Peru) until it reaches the ocean at Belém do Pará (Brazil).

Starting with an expedition to the source of the river, Floating Studio continues as a route in cargo and passenger boats ‘cargueros’ as shared spaces suspended in the river’s flow, its times and experiences as well as collective encounters in territories near the river banks: meetings or stays with individuals and groups, like scientific research centres, universities and artistic and community centres. Therefore, these boats become floating studios, places of interaction and creation based on the extended time where the goal is to research about the river whilst being on the river.

This search to ‘be more river-like’ reflects on narratives and plural forms of understanding relations between bodies of water, their tensions and their connections. With their fluidity, rivers are bodies that not only carry ancestral stories, memory and knowledge but also contain emotions and epistemic and ontological symbolism . They are a common good. However, these water sources, and even more so the Amazon River, are in constant tension, impacted by a global, colonial and patriarchal system which makes them a victim of their own life potential.

Its name: Amazon. In Spanish, the female name of the Greek myth was given as a result of its colonial discovery and represents one of the epistemic impositions on its biodiverse essence in the name of progress and development. Fictional narratives that sustain hegemonic imaginaries, silencing voices and forms located in territories where plural rivers are experienced, which remain today through the broad flow of History.

This project addresses the process as a means of eco-social investigation based on exchange, a dialogue of different kinds of knowledge to work with the territory in order to look for transversal questions and emergent relations arising from this diversity of encounters and artistic languages. From the local to the global, they are nurtured from exchanges that go beyond what may be represented in the exhibition space, some of them are tangible, others intangible, meanwhile there are some made visible, others remain invisible in the places where they took place.

The materiality of this project is approached from a variety of techniques; however, sound is a very important element in this project. In this case, the soundwaves travel, inhabit and go across bodies of water, each human body that (co)habitates alongside the creations presented in the exhibition space:

Drop by Drop Water is Drained is a sound creation situated in the course of the journey in the Peruvian Amazon. This composition includes documentation and sound exploration based on different collective experiences, including workshops with youth, ‘concerts to be more river-like ’ and other experiences along the way. The artist has used hydrophones and other recording strategies to collect sounds. This work presents a sound experience to ‘be more river-like’, portraying the movement through the corporal based on the experience in the Amazon River.

Amazon, Between Reality and Fiction is a reflection situated in the context of return and the final presentation (Spain). Due to the interruption of the route by the pandemic in 2020, the project was redirected while seeking to close a narrative cycle that would be meaningful for the investigation and its ethical principles. Therefore, this sound creation uses a Western musical genre: opera as an approach for reflection. This ‘fictionalised reality’ give voice to some other silence histories bringing important questions to Europe from a reality in real emergency.

The choice of the opera La Gioconda, with music by Amilcare Ponchielli and libretto in Italian by Arrigo Boito reached this investigation because it was the opera that opened the Teatro Amazonas in Manaus in Brazil’s Amazonia on 7 January 1897 in the midst of rubber fever. The Teatro Amazonas is and represents a colonial imposition which is tangible in Amazonia even today, hence the importance of using this musical piece.

The extract chosen for this work reproduces the opera’s original score. However, the lyrics were rewritten by the artist. These intensely profound lyrics connect the context of their original creation to today, winding down the Amazon River, the guardian of its shores, the witness of what happened then and what happens now, becoming memory while containing ancestral stories of life and death. The writing process has many points of collaboration along the way. It comes from the Amazon River and in its first presentation leads in the Guadalquivir River, accompanied by people from the Amazonia who collectively did a ritual of ‘payment to water’ to continue to weave relations between bodies of water. 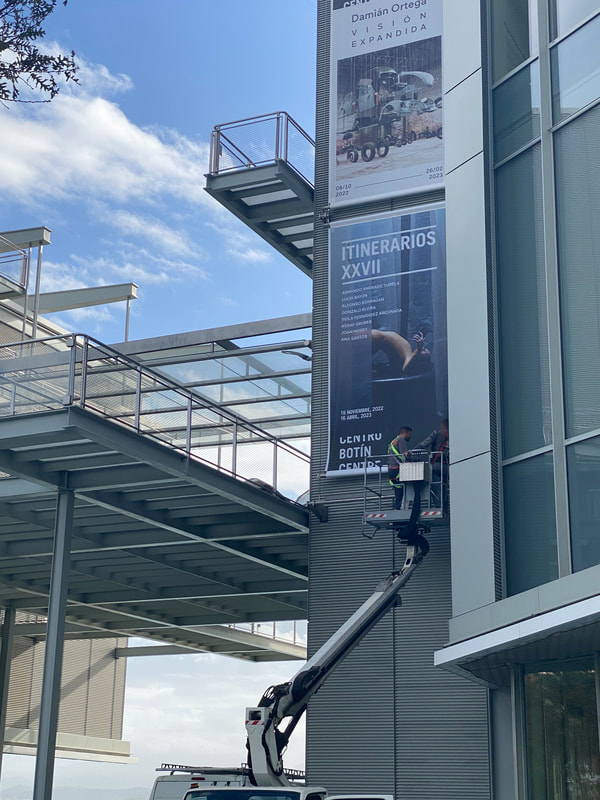 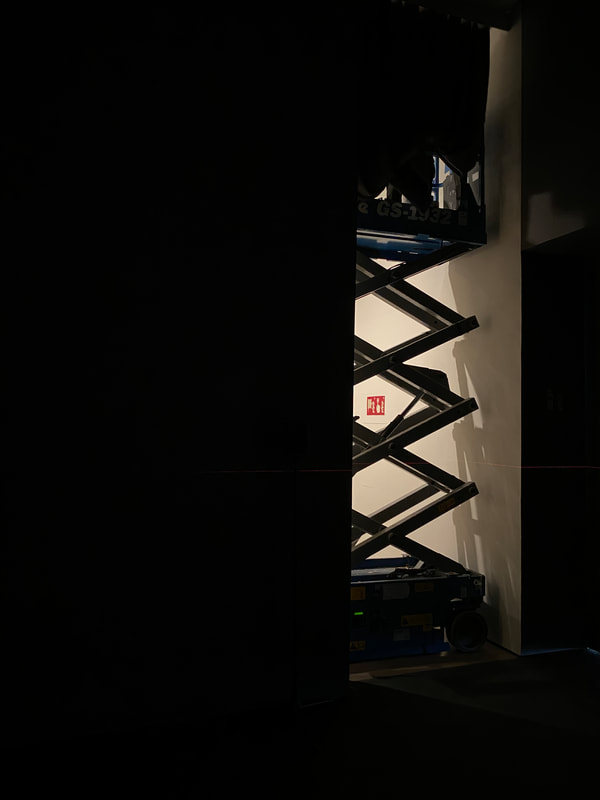 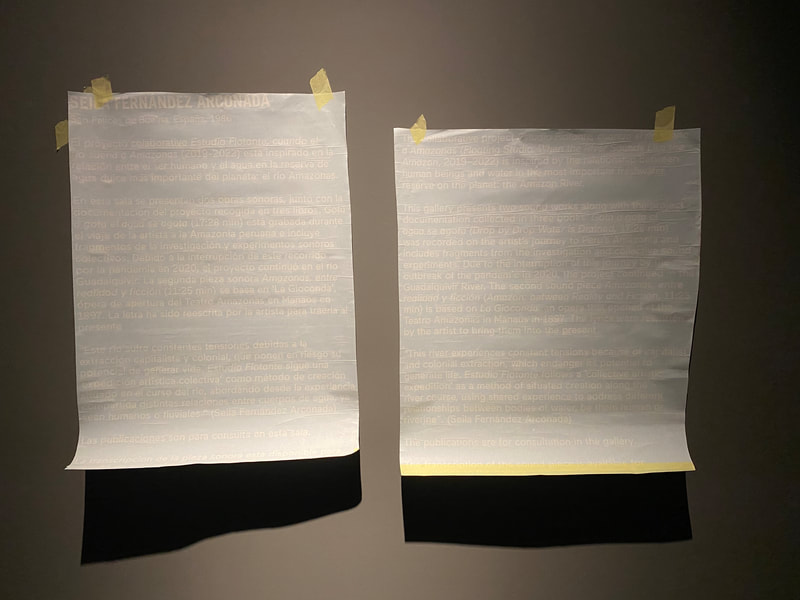 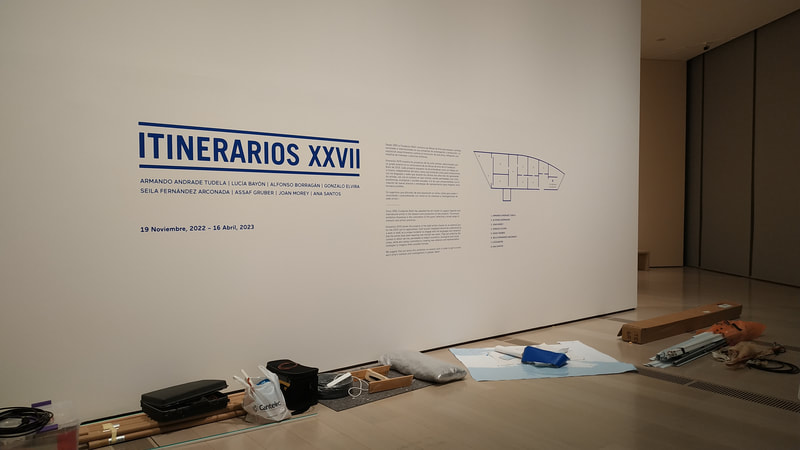 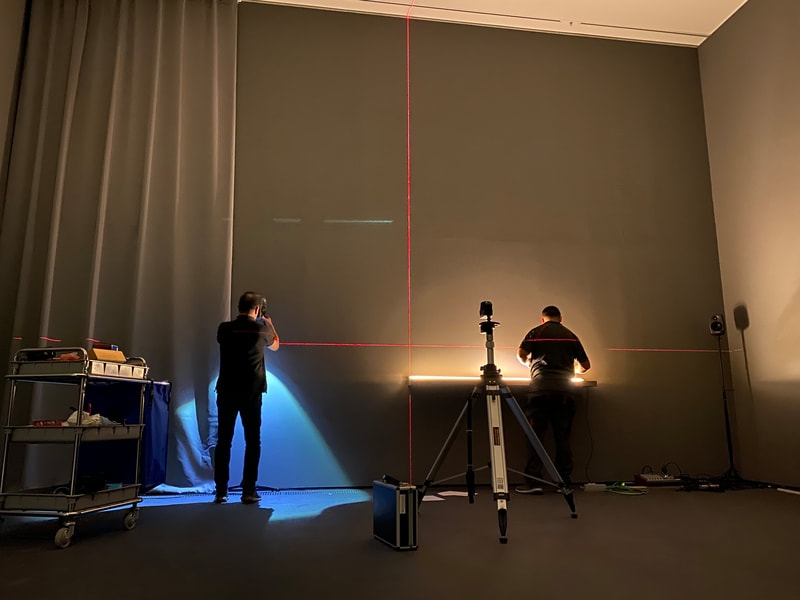 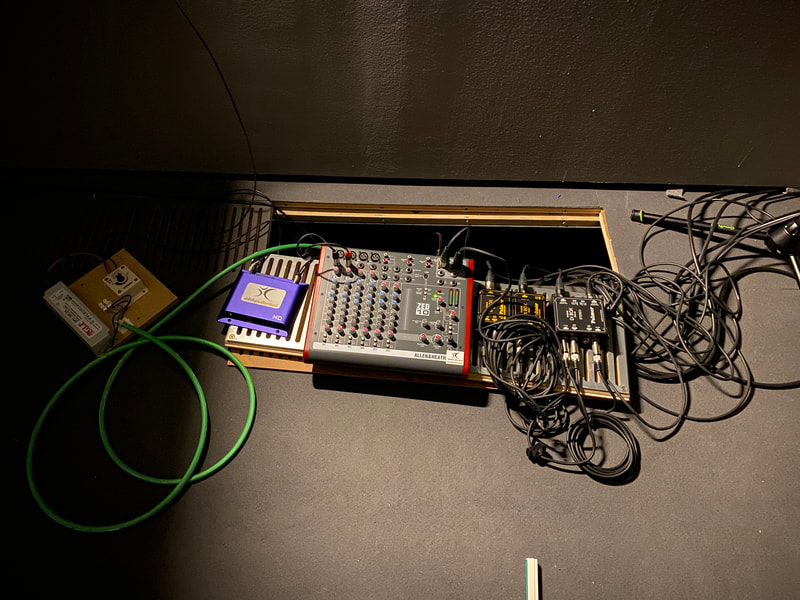 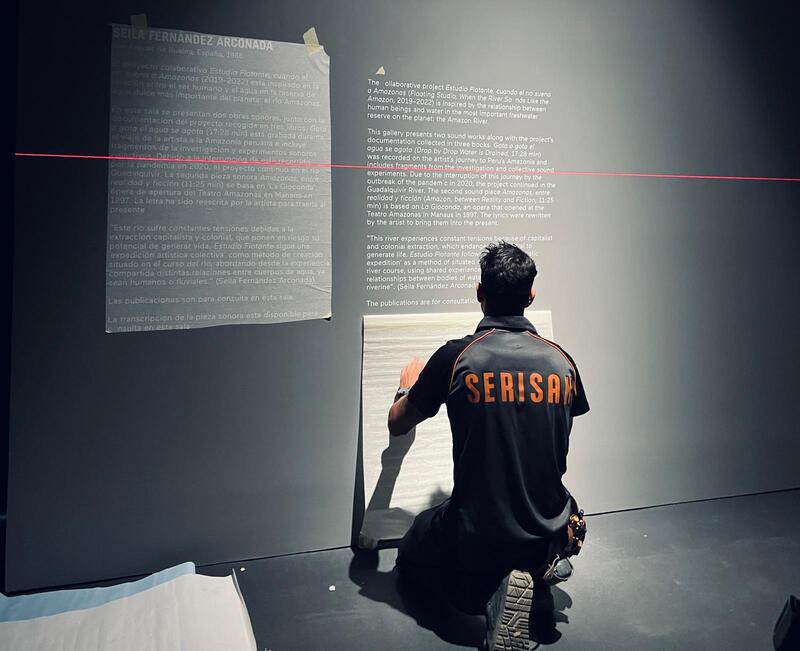 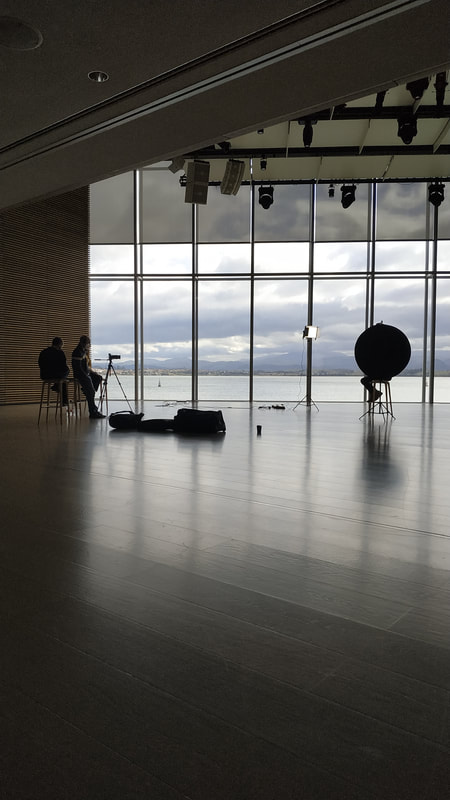 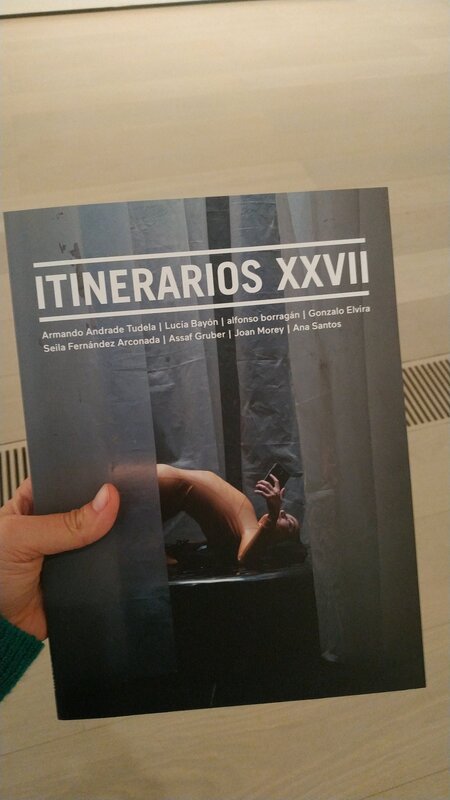