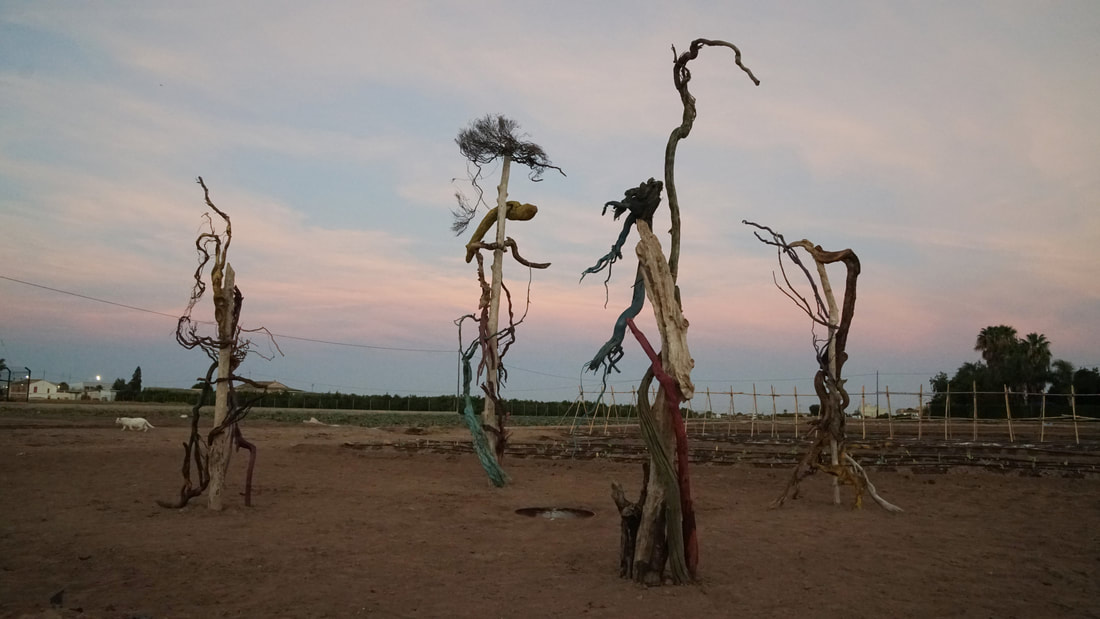 'Arraigo al agua' (Rooting to water) explores the concept of the Valencian vegetable and fruit tree fields as a binding element to the territory, a local identity of the Carraixet community. Agriculture is also the closest (vital) practice with the land that exists, it changes humanity, as it made people become sedentary.

Water is vital for existence and this territory is even more connected traditionally, its ditches are veins that interweave its human and non-human inhabitants, such as vegetables and citrus trees. Climatic elements such as the "gota fría" (cold rain) or the proximity to the sea expand this 'symbiotic relationship'.

Water, therefore, is the core inspiration for this land art intervention which consists on four sculptural pieces like totem "planted" on the ground simulating a compass that interacts with the sun just as plants do, creating time-based dynamic shadows as if they grow on the soil. These "totems" are made out of natural materials, mainly roots and branches brought by the sea, collected in the different seas /oceans of the Iberian Peninsula.

The materials are painted with natural dyes from local vegetables such as beetroots, spinach, carrots as well as oranges among others. The installation marks a "km. 0" enclave and the central element of this piece, water, is located at the core center of this "wind rose". This water is contained and embraced by a circular ceramic vessel buried in the earth, allowing reflections of the landscape and visitors to become visible.

This land art intervention is a form of tribute to the natural elements that make life possible, all represented in this piece: water (physically included on the center vessel), earth (soil where the intervention is 'planted'), air (visualised by one of the mobile pieces) and fire (represented as one of the sculptures points out the east where the sun rises).

The process of making and researching for this piece took place during several weeks, both in situ and previous experimentation with dyes and construction. The process has also been represented in a soundscape that embrace the local relationship with the land and the poetic relationship presented in the intervention.
This project was organised by: Mancomunitat del Carraixet, Turisme del Carraixet, Enclave LandArt and Diputación Valencia
The work was presented on the 8th of October 2020 in Meliana (Valencia). During this day and the following, public presentations took place, it was a very enriching dialogue which expanded perceptions about the piece.

The following images show a glimpse of those moments: 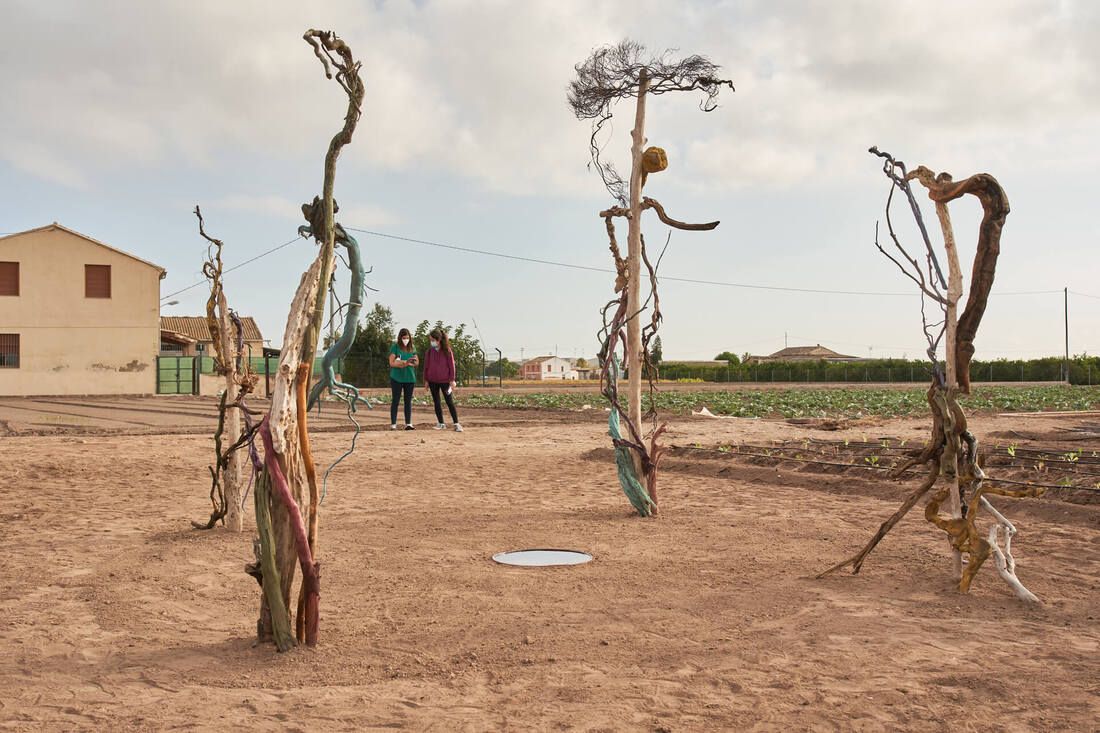 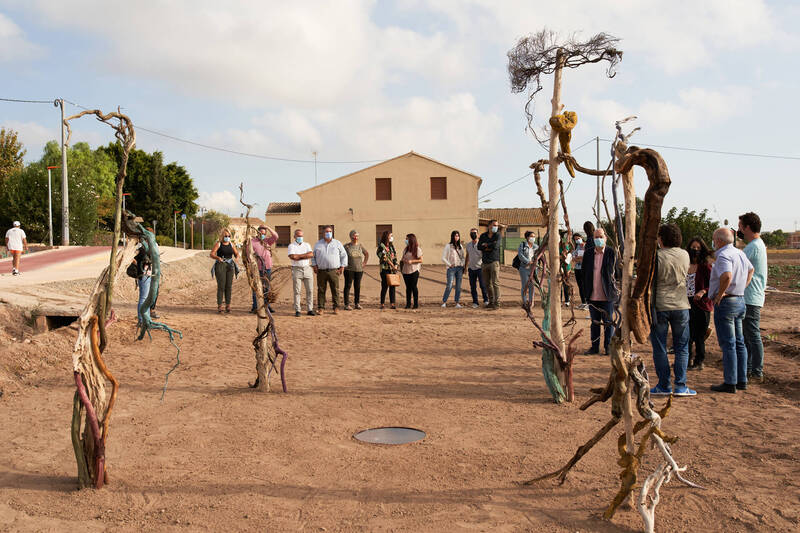 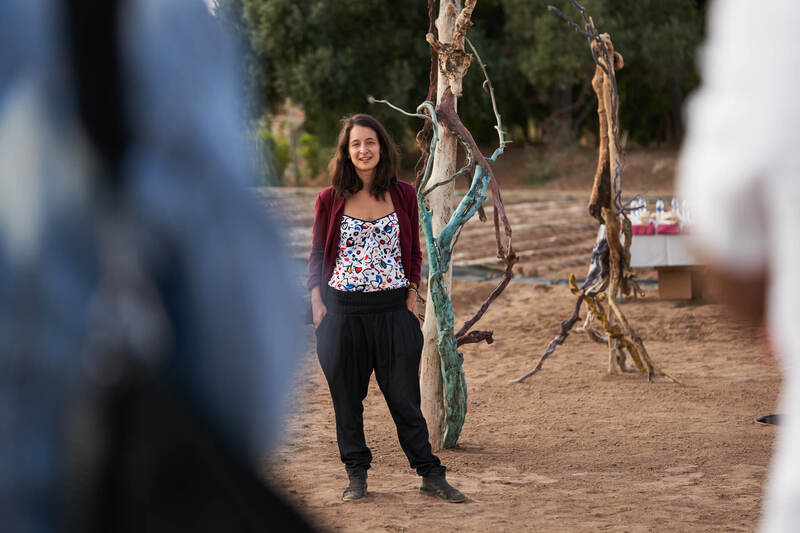 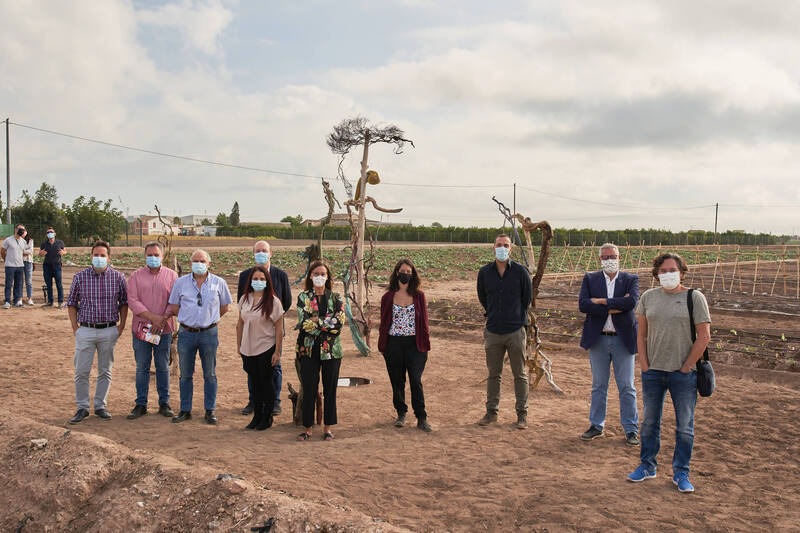 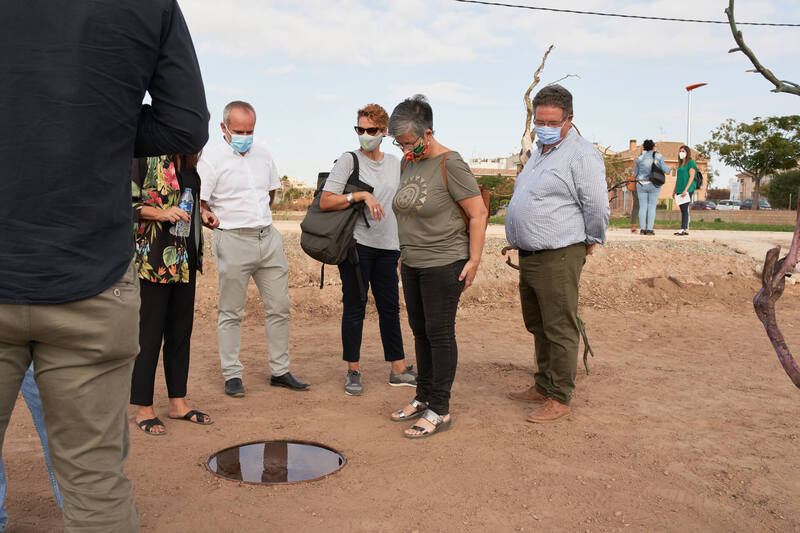