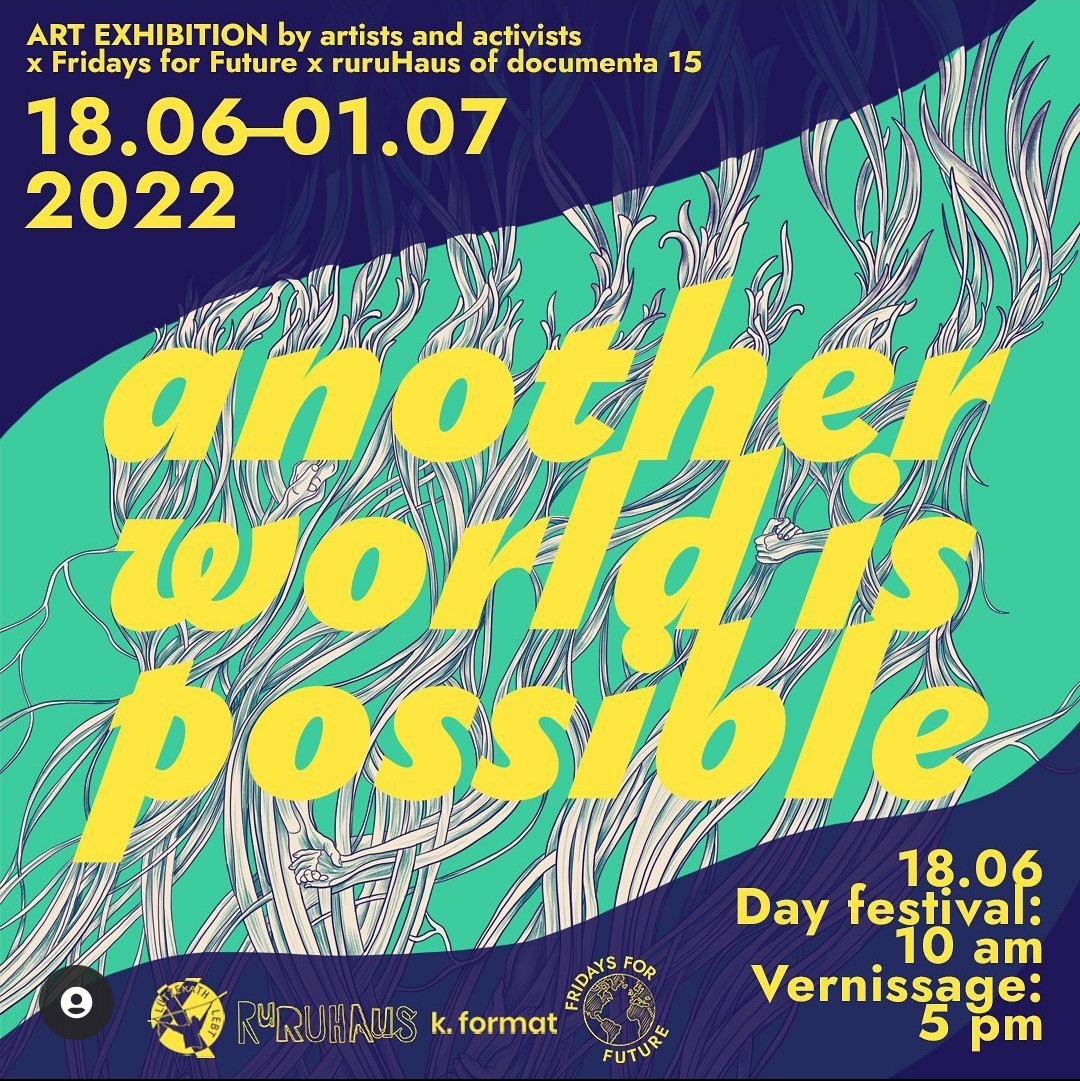 another world is possible - young artists and activists call for a climate-just, solidary future. This demand, however, requires a researching perspective at the climate (justice) issues of the present time: Global exploitation and especially lignite mining in the Rhenish lignite area Garzweiler are central topics of the exhibition.

For 500 years, colonized people, especially in the global South, have been fighting against exploitative and capitalist violence. As part of this climate justice movement, the activist resistance in Lützerath - a village in North Rhine-Westphalia destroyed by lignite mining - is an example of how utopias can already be lived today: by people working collectively for the survival of the village and a caring community. Art reflects and creates social realities; or questions them. Therefore Lützerath is also an important part of the Ekosistem of documenta fifteen. This is an invitation to all people not only to enter the intersection between art and activism, but also to visit the real places of resistance to experience the power of the collective.

Both art and activism create open spaces where social unfolding, renegotiation, and ultimately change become possible. These open spaces, in which real utopias are already being lived today, will be discussed, made visible and experienced in another world is possible. 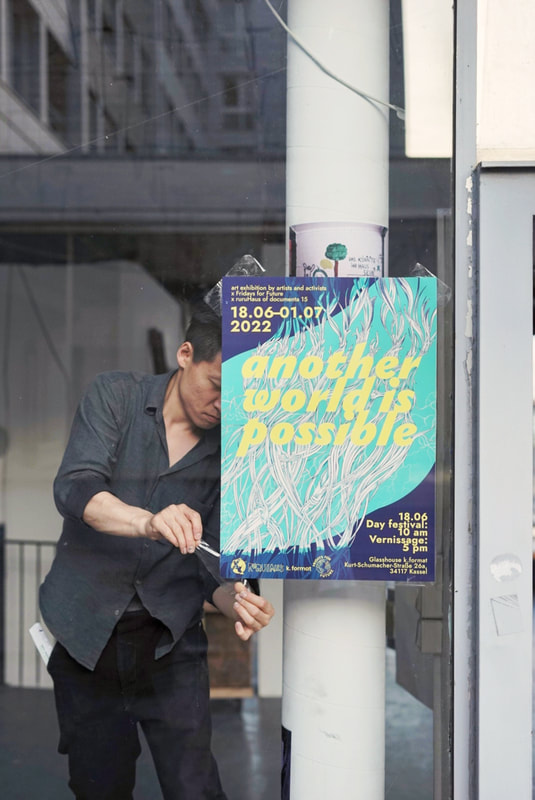 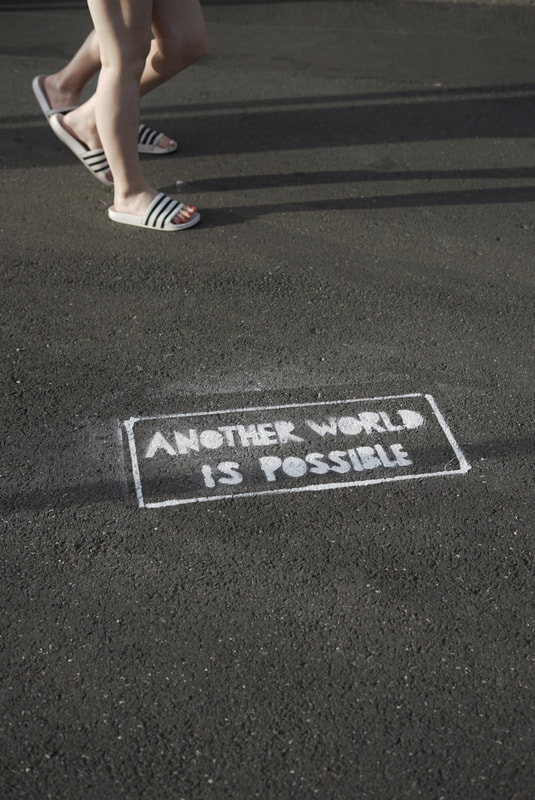 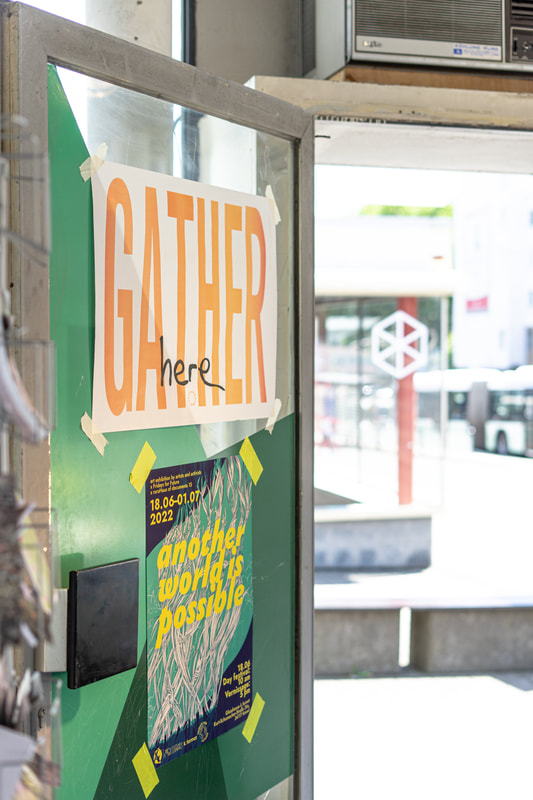 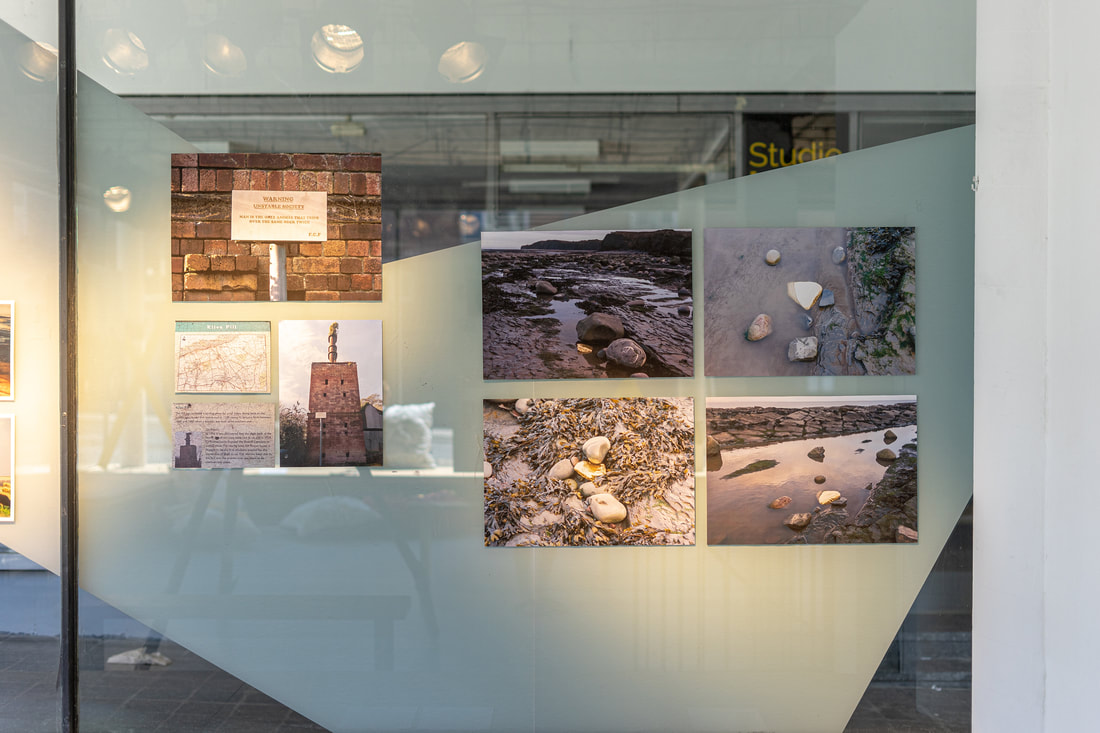 ​The selected work presented was based on a collaboration between Seila Fernández Arconada and  Bernard Fairhurst as part of the Functional Collaborative Futures collective (F.C.F.) we run since 2013. The projects Warning and Fools Gold  (UK, 2014) are interventions in the public space reflecting on topics of the exhibition transferred into the context of the UK, branching out discussions that are urgent and meaningful as "another world is possible".

F.C.F. is an art research-collaboration exploring issues around energy supply, ecology, hydrology, pollution, human influenced global warming, and tensions between national and local politics and between local democracy and multi-national business. This project began in 2013 by Seila Fernández Arconada and Bernard Fairhurst in the UK, further developed internationally. This collaboration is still ongoing.

www.f-c-f.net
Files with extended information about the work: 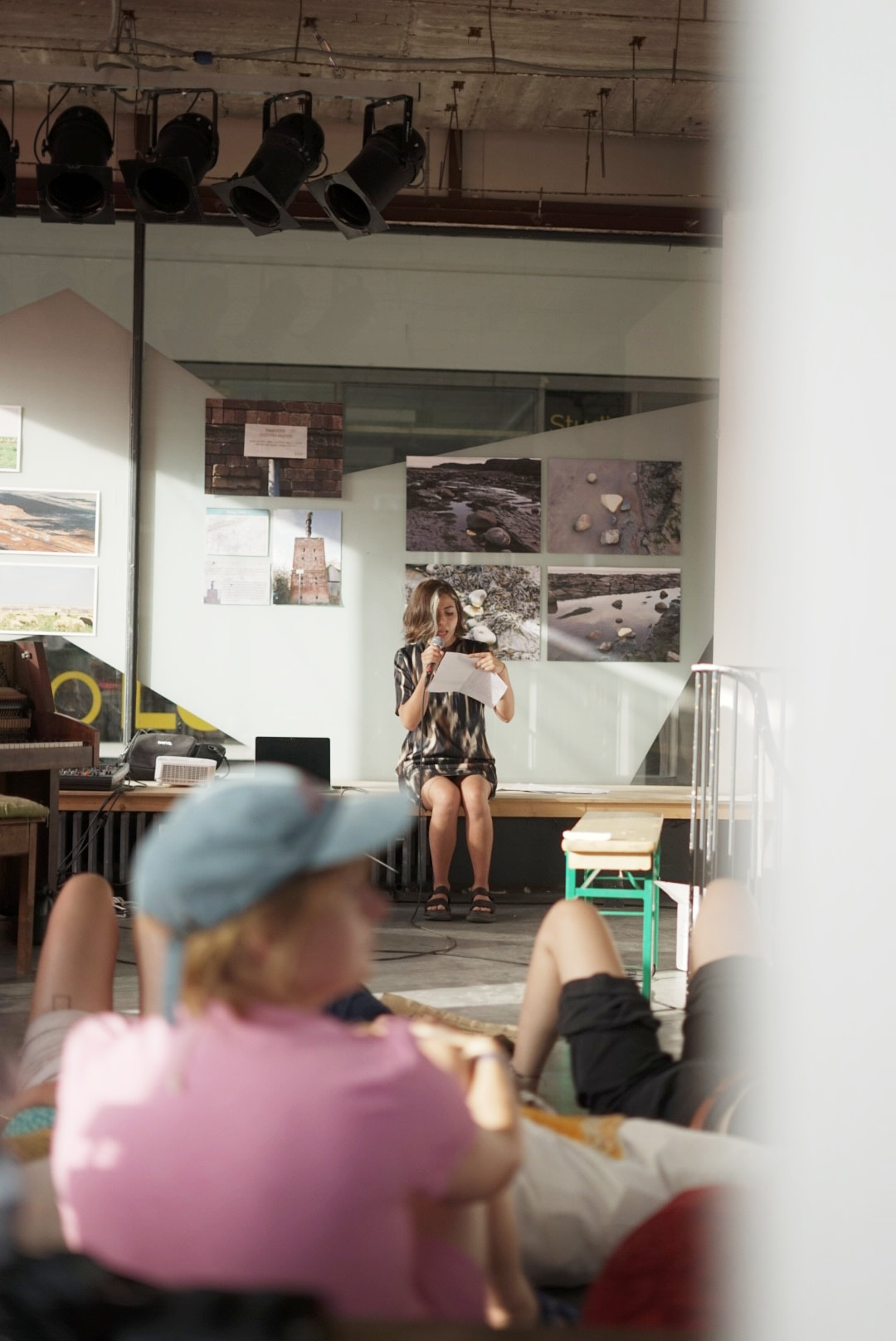 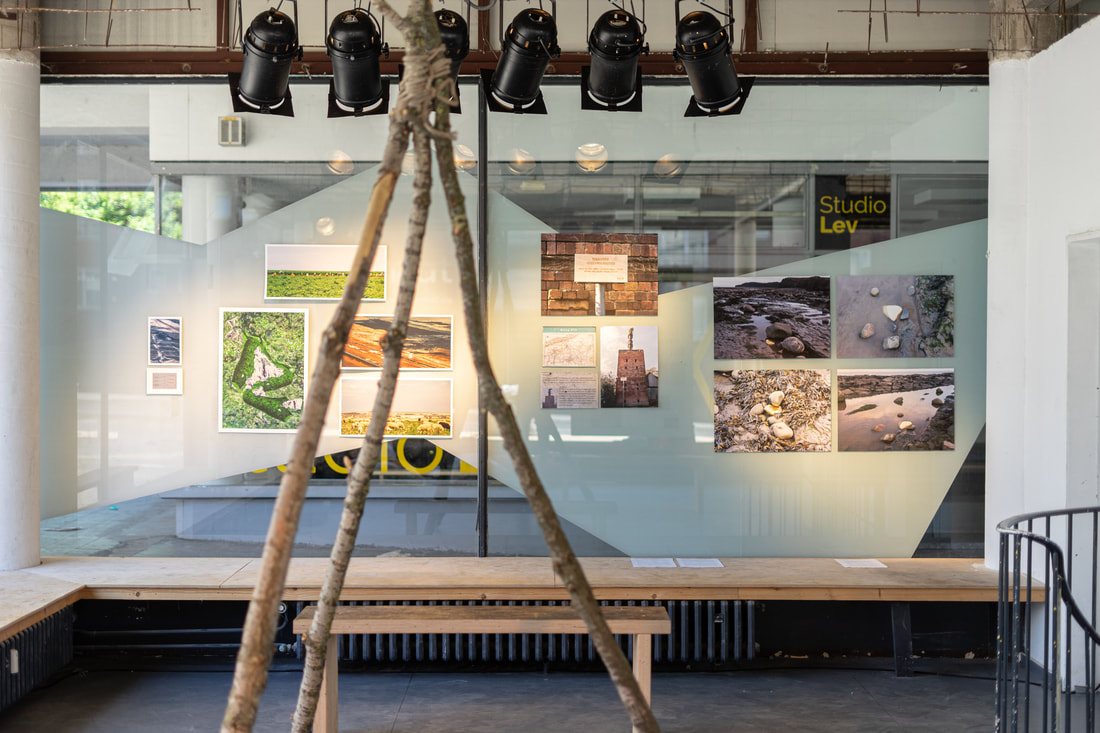 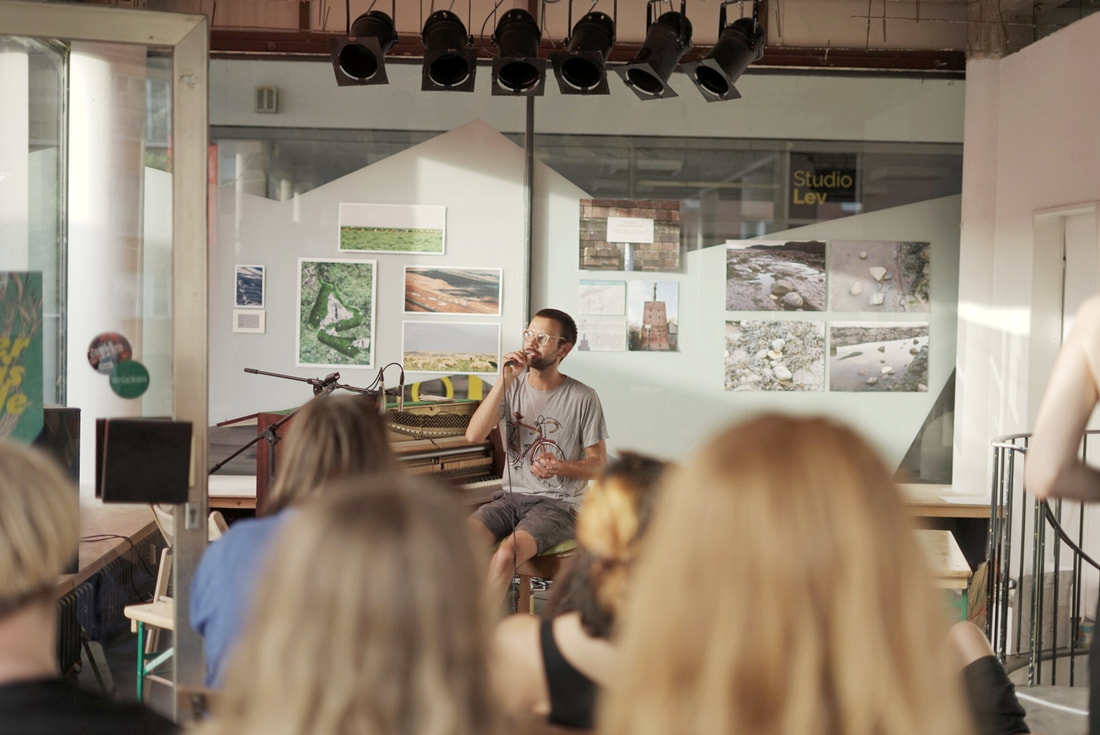 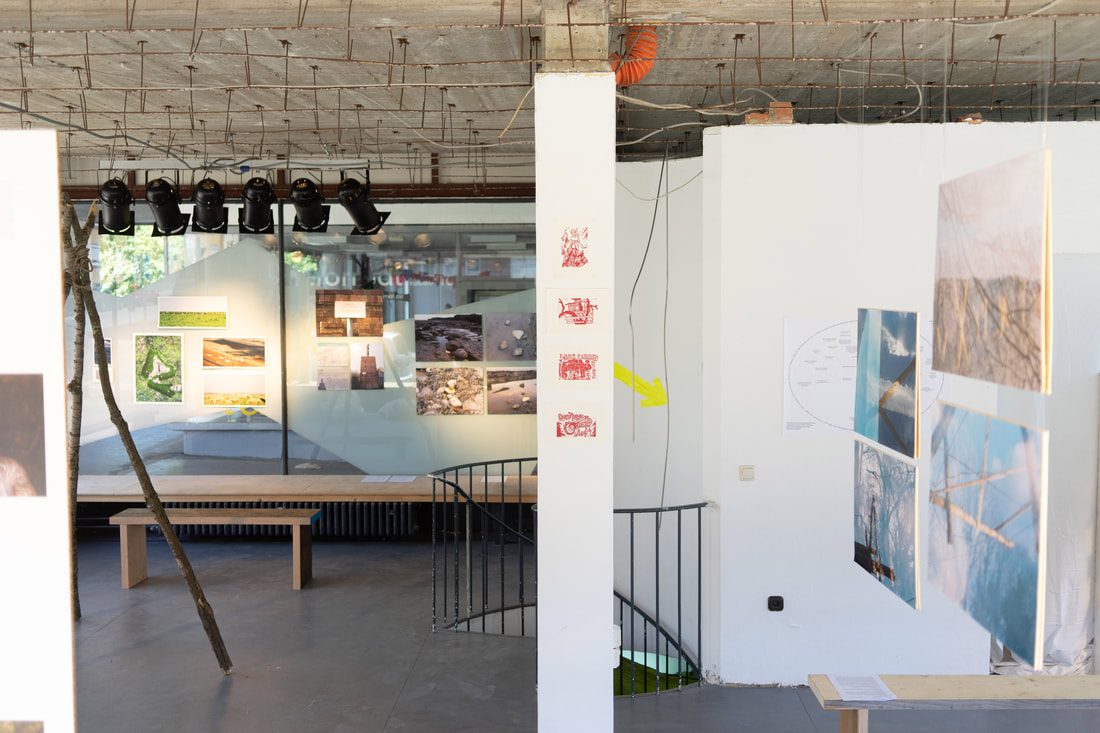 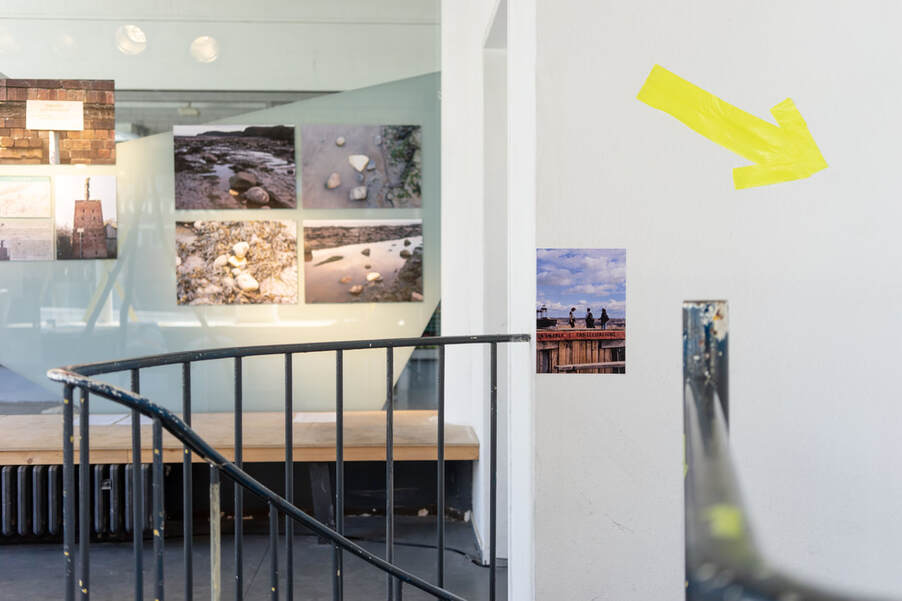 Some other views of the work in situ, including performances such as The Land of Thunder and Lightning, a lecture performance by Daniela Medina Poch. 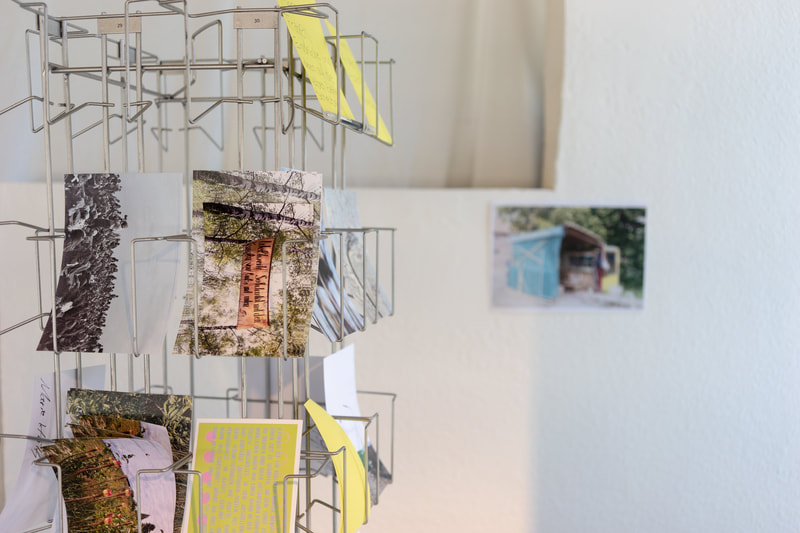 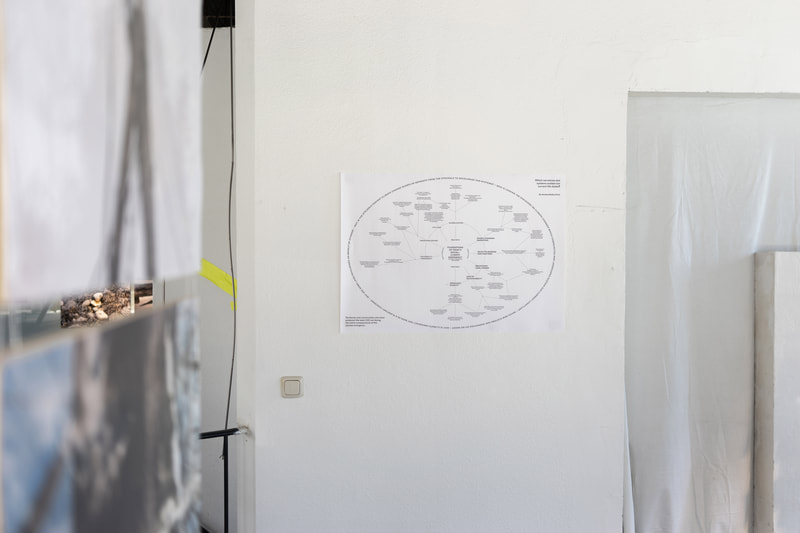 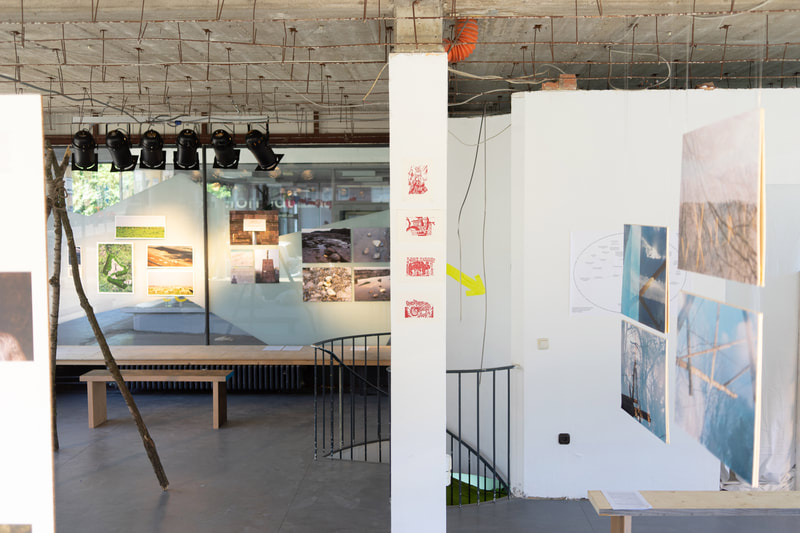 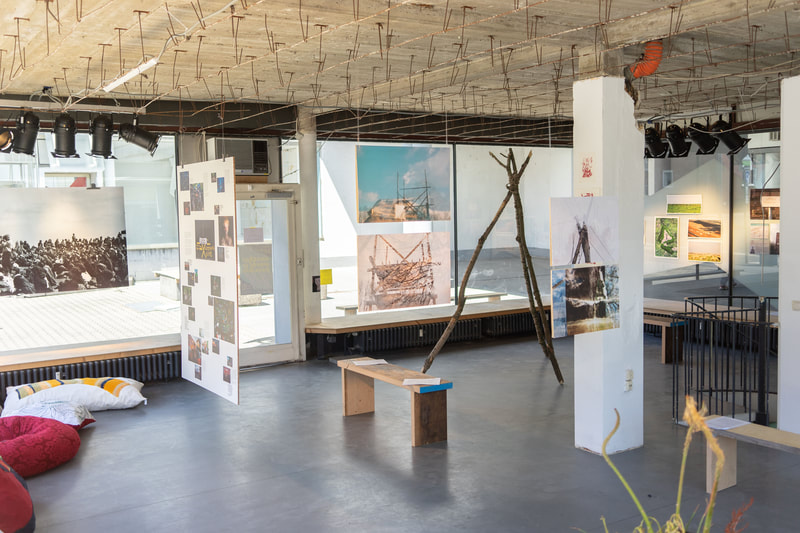 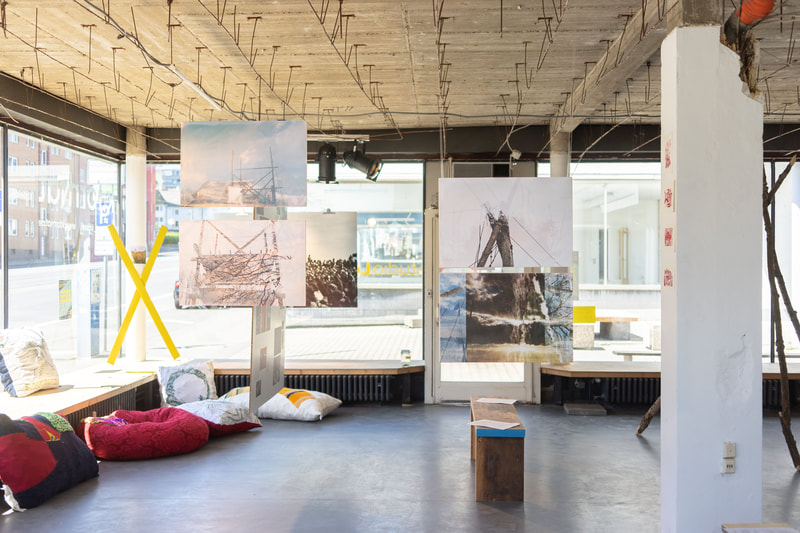 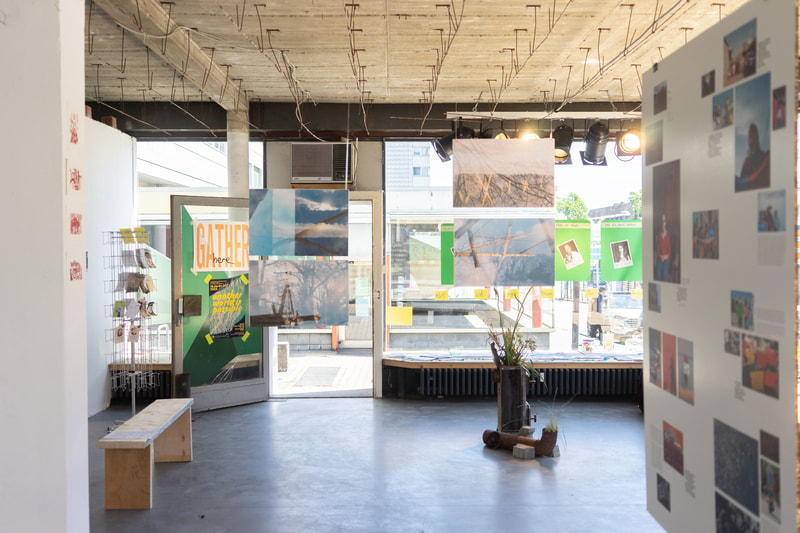 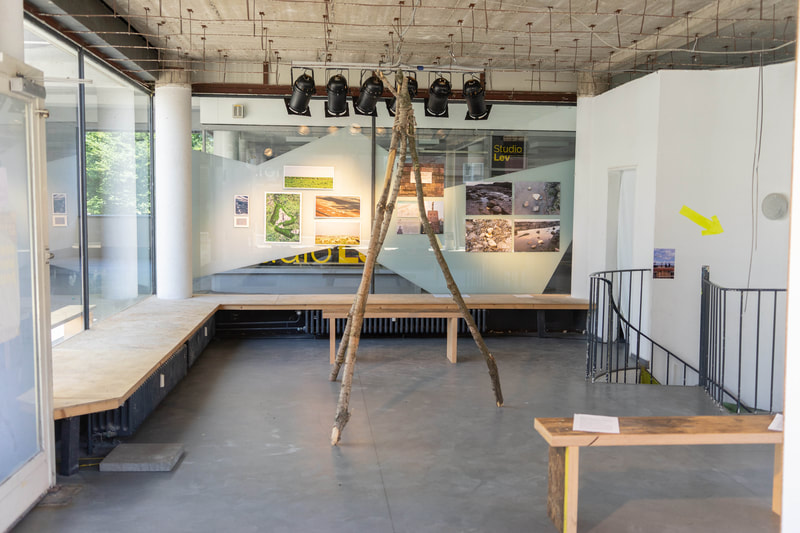 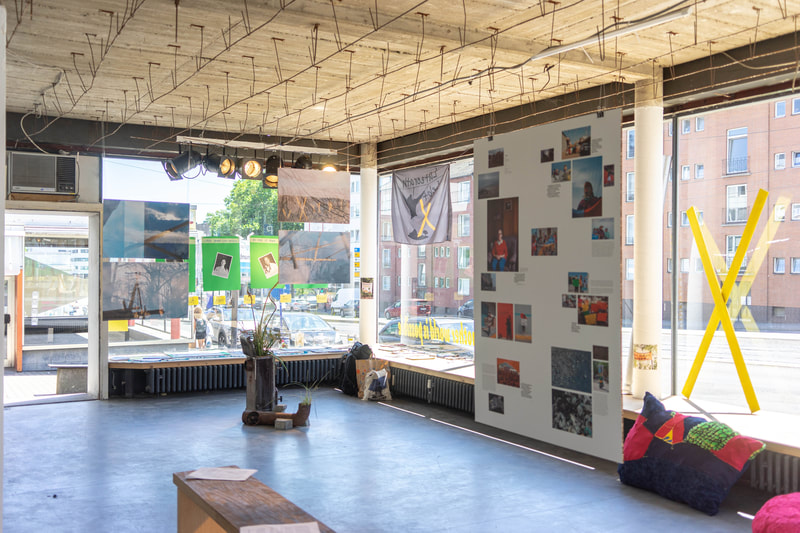 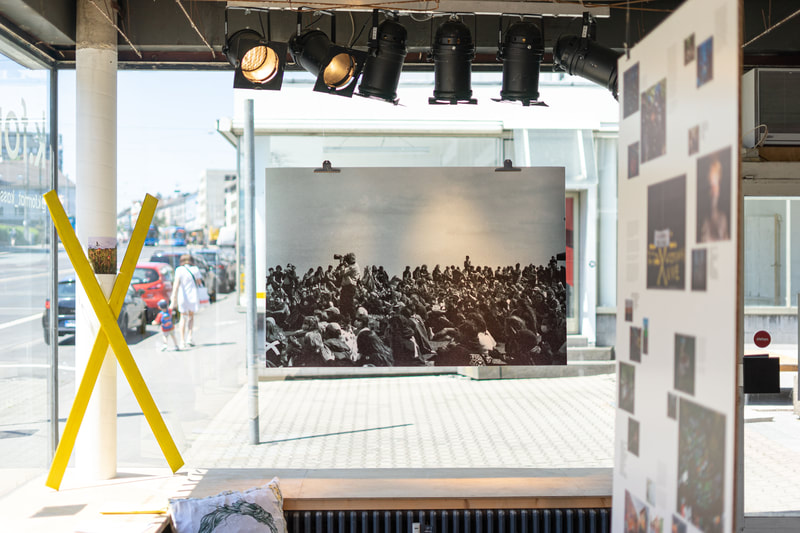 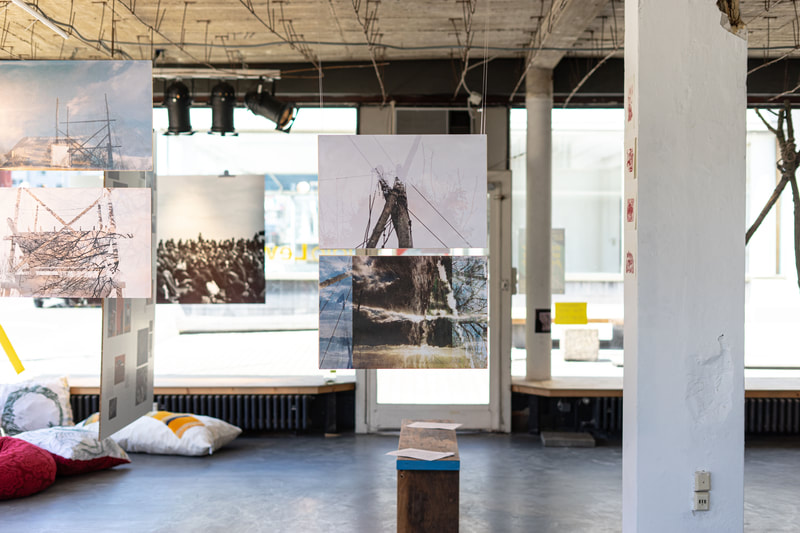 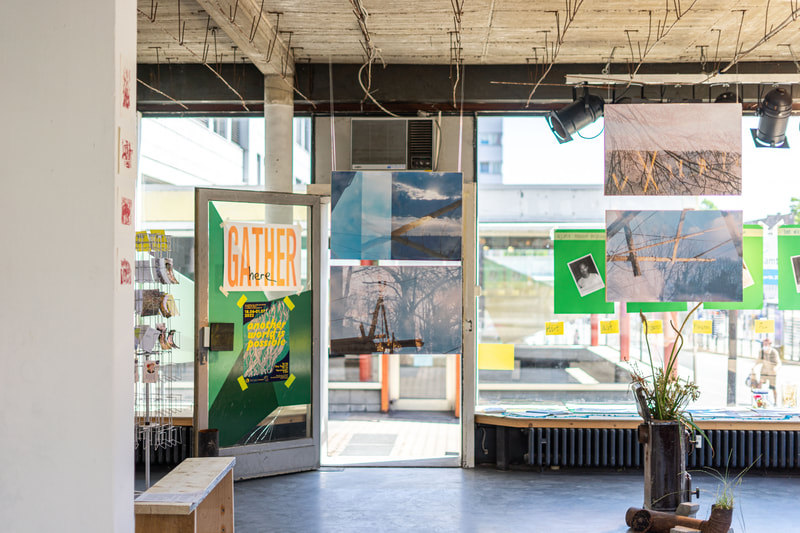 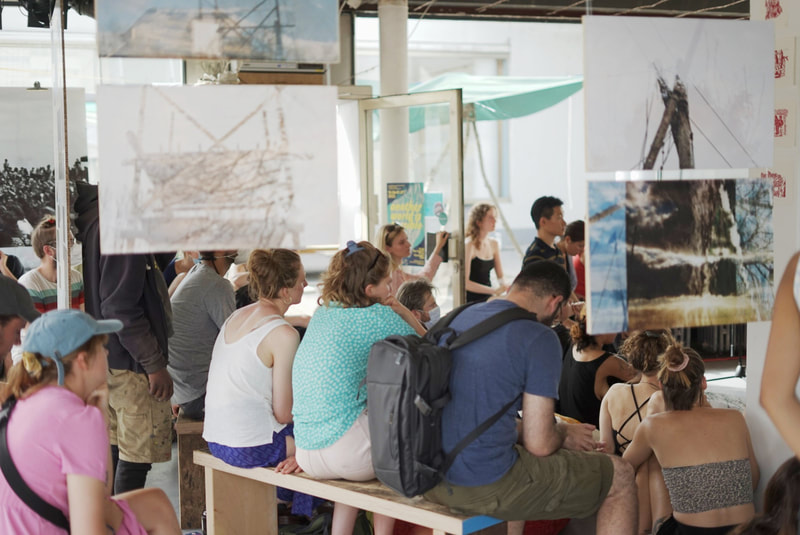 Photos by collective another world is possible archive
More information about the work: https://ruruhaus.de/another-world-is-possible/